Forty years ago, Caterpillar rolled off of its production lines 10 pilot models of the world’s largest, most powerful dozer, destined to leave a lasting legacy on the industry. The Cat® D10 dozer’s radically different design, high weight and horsepower, and resilient undercarriage answered the growing calls from large mining and big heavy construction operations for a more powerful dozer.

“We bucked conventional wisdom with the D10 and tinkered with a centerpiece that was a part of the Caterpillar product line since the company was formed in 1925,” says George Alexander, a retired Caterpillar engineer who served on the D10 research team and one of four individuals named on the patent for Caterpillar’s elevated sprocket design.

A changing industry in the late 1960s and early 1970s stretched the D9 to its productivity limits, and the mining industry led the charge for a dozer with more and more horsepower. Contractors working in predominantly hard rock applications also demanded a design that improved track longevity and durability. 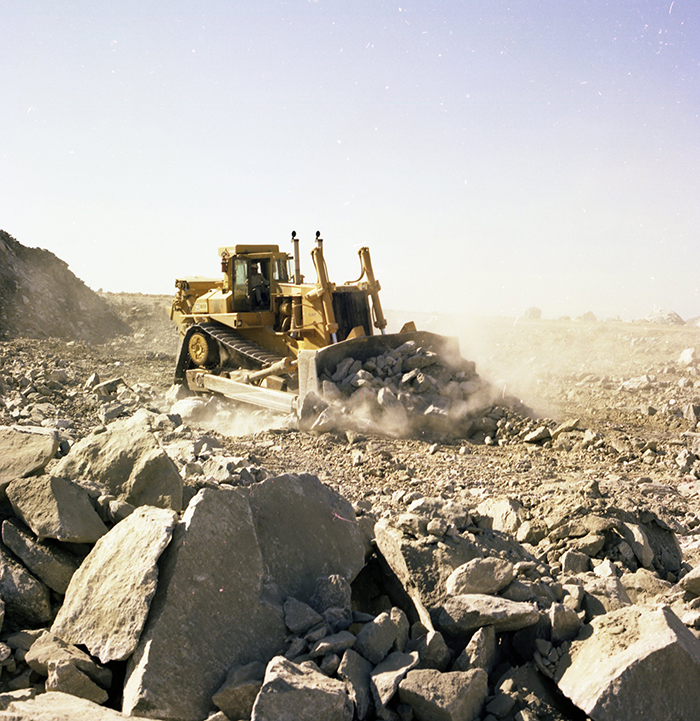 “The D9 dozer was the best track-type tractor of the day,” adds Alexander. “It worked great for dirt operations, but interstate and heavy rock applications were hard on the solid bottom tracks that were a part of all dozer designs of that era.”

To address the market’s needs, Caterpillar tapped a team of Research and Engineering personnel to develop a new, more powerful dozer, the D10. “The development and product introduction involved every discipline of the company. It was highly successful because of the total team effort. The challenge of beating the competition in our core product was a tremendous incentive,” recalls Ron Krolak, track-type tractor chief engineer, retired.

The D10 research team established a set of design goals for the new dozer: high productivity; modular design; simplified maintenance; operator efficiency; and transportability. It quickly became evident that a new track design and improved undercarriage were needed to meet the production and durability goals for the new dozer.

With management approval in 1970, a test bed was built for the new track. Engineers started by flipping the final drive for a D9G upside down. “We worked on undercarriage geometry a lot, and within six months we had it operational,” says Alexander. The new resilient track with elevated sprocket design was tested thoroughly in multiple demanding applications to verify its durability, and it showed significant potential for improving undercarriage durability for extreme tasks. 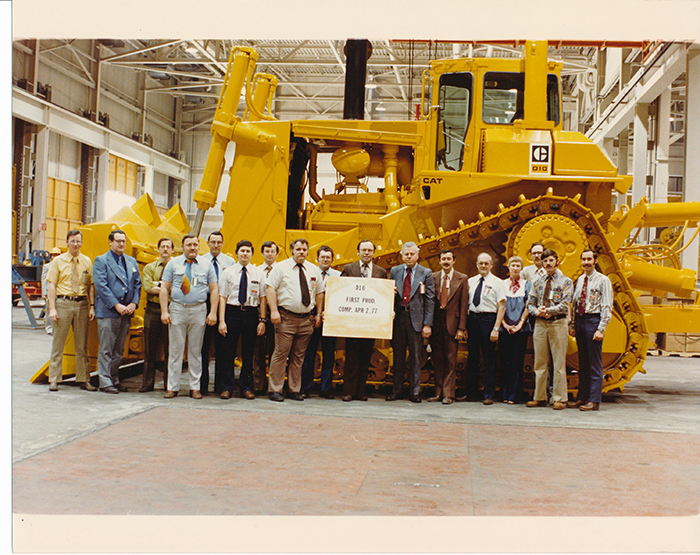 Two years of testing led to the first elevated sprocket patent application and ultimately building the first two D10 test models in August of 1973. “Our team generated 93 patents involving all systems of the concept,” adds Krolak.

By separating the drive sprockets from the track roller frame and elevating them above the tracks, more track remained on the ground for improved traction. The elevated sprocket design was also better able to absorb ground shocks for longer life and greater operator comfort.