With well over 600 confirmed exhibitor registrations, CeMAT ASIA – which next runs from 6 to 9 November at the Shanghai New International Expo Centre (SNIEC) – is on track to set a new record in terms of exhibitor numbers. “Demand for display space is strong this year, and we are expecting exhibitors from over 20 countries. That’s a big increase compared to last year and once more testifies to CeMAT ASIA’s dominant position in the Chinese market,” said Krister Sandvoss, Global Director CeMAT worldwide.

The eCommerce boom is putting ever-increasing pressure on intralogistics processes around the world, and China is no exception. In 2016, some 31 billion parcels were dispatched in China, and last year that figure rose to around 42 billion – an increase of 35 percent. Increasingly integrated manufacturing operations are having a similar impact on material flows and supply chains. The key to dealing with these changes: fully automated intralogistics systems. Germany alone exported just over 600 billion euros worth of intralogistics products to China in 2017. “Despite the fact that many German intralogistics providers have established manufacturing operations in China, the country still remains one of the world’s most important importers of this technology. CeMAT ASIA’s impressive performance in recent years reflects this reality,” explained Sascha Schmel, President of the Materials Handling and Logistics Association within the German Engineering Federation (VDMA).

CeMAT ASIA features all the latest intralogistics systems and solutions. Among the regular exhibitors are both Chinese and international companies, including such big names as Dematic, SSI Schaefer, TGW, Intelligrated, SFA, Vanderlande, Fives, Beijing Material Handling Research Institute, Beijing Research Institute of Automation, CSIC, Vstrong, BlueSword, Demon and Zhongding Integration. This year the exhibitor lineup will for the very first time feature a major eCommerce company – JD.com. JD.com has over 300 million customers and ranks alongside Alibaba as one of the heavyweights of China’s eCommerce sector. 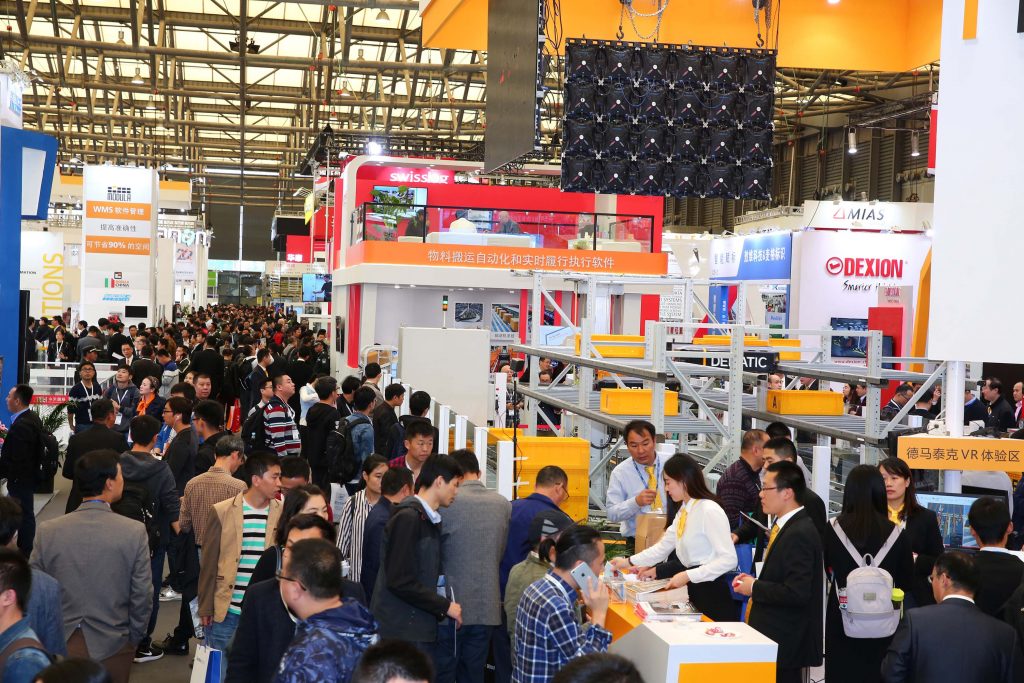 Logistics robots and automated guided vehicles, which have featured among CeMAT ASIA’s biggest highlights for many years, will occupy two entire exhibition halls his year. The exhibitor lineup includes not only long-established providers, such as ABB, Siemens and Fanuc, but also many newcomers to the robotics sector.

Industrial trucks and accessories are another key display area at CeMAT ASIA. New environmental regulations and intense competition have sparked heavy investment in R&D and innovation. That’s why there is particularly strong interest in this year’s CITIA China Industrial Vehicle Innovation Award ceremony. CITIA is China’s biggest and most coveted award for the industrial truck industry and an integral part of the CeMAT ASIA program.

Packaging is another key topic at CeMAT because of its key role in logistics processes. Exhibitors of packaging solutions this year include YoungSun, ZhongYa, SinoLion, Gurki and YuanXu.

CeMAT ASIA will also feature a comprehensive supporting program of forums and events staged in collaboration with a number of key partners.

This year, as in previous years, CeMAT ASIA will run in parallel with the Cold Chain Asia, Heavy Machinery Asia, PTC ASIA and ComVac ASIA shows.