Husqvarna introduces the new Husqvarna K 970 – with semi-automatic belt tensioning system called SmartTension and a magnesium blade guard. Besides K 970 Standard, updates have also been made on the Rescue, Ring and Chain counterparts. “We continue our tradition of offering professional performance for our power cutter users.

The new K 970 is an all-round cutter for multi-purposes, and the updated features will make it even more efficient on the job site”, says Johan Simonsson, Global Product Manager Power Cutters, Husqvarna Construction Products.

Husqvarna’s unique power cutter range stands out and has always offered machines with different power sources; petrol, electric, air and hydraulic. What they all have in common is the focus on the user, the high power-to-weight ratio and several other features that facilitate the work for the user.

We now introduce SmartTension, a system which makes it easy to tension the belt optimally. “The secret with SmartTension is that you minimise the risk of under- and over-tensioning. When tensioning the belt, SmartTension finds the right tension using a patent pending spring loaded mechanism. In addition, it is easy to change the belt and reverse the blade guard. This contributes to the reliability of our K 970”, says Johan Simonsson. Another very important, new feature on all K 970 cutters is the magnesium blade guard. The magnesium contributes to a light weight, which gives an improved power-to-weight ratio. It also contributes to an increased cutting depth – now up to 155 mm on the 16” version. In addition, the new stepless adjustment on the blade guard on all new K 970 power cutters makes it easier to change cutting position that in turn facilitates cutting.

With reliability in focus

Besides these updated features, the new K 970 still offers the original benefits of K 970. These include Active Air Filtration™, one of the most efficient air filtration systems on the market, and a X-Torq™ engine that produces less emissions and has lower fuel consumption.”Typical users could be distributors, rental companies and contractors direct. What they have in common is a need for a reliable power cutter that does the job”, says Johan Simonsson. 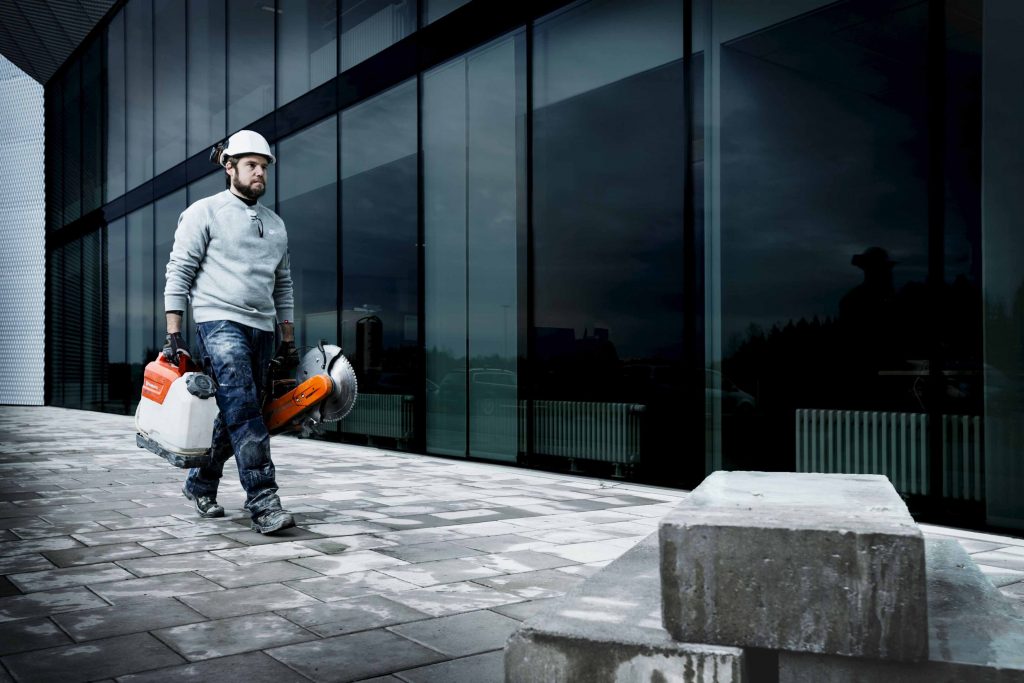 At the same time, Husqvarna also launches an updated version of K 970 Rescue. The power cutter will feature the new semi-automatic SmartTension and the magnesium guard. In addition, to keep the visibility of the blade guard in smoke, the blade guard comes with reflection tape. Also, the carrying strap on K 970 Rescue is updated. Now, the carabines are bigger and easier to handle with gloves on.