A long desired summer has finally come and bikers are starting to buzz around like group of bees. You can hear the sound of their engines from the distance and your mind is caught in imaginary daydreams about which kind of motorbike you’ll be able to admire this time.

Being a fan or not, when the motorbike you see is a Harley-Davidson involuntary associations about Route 66 and US highways pop up to everyone’s mind. It’s a cliché. In a second (and maybe just for a second) you’re living the American-way of life. Denying is not the way it works, and figures support our thesis, since the revenues of the Milwaukee Motorcycling House never came to a halt.
Harley-Davidson directly speaks to the tribal part inside every biker or wannabe. That’s the key to success. However, this is not just another praising article about Harley-Davidson. There’s much better literature about it, but the introduction helps to understand the reason why a lubricant producer may decide to create a dedicated Harley-Davidson range of products to satisfy this niche.
Pakelo is a 100% Italian lubricant producer that has been operating in the field for more than 80 years. Research & Development department together with the analysis laboratory are the true assets of the company which is able to formulate tailor made products meeting even the most demanding requests. This is the reason why Pakelo likes to be called “lubricant designer” instead of lubricant blender or producer. The inborn attitude towards excellence brought Pakelo to develop a terrific line of lubricants for the two-wheels that has been also validated by Moto GP team NGM “Forward Racing” in 2013 and that’s now working with JET – former Honda Jolly Racing – which is an enduro team competing in the Enduro World Championship.
Stepping back to the main topic of this article, Pakelo had the idea a couple of years ago to create specific lubricants for Harleys, answering the needs of a very passionate, almost maniac group of customers. 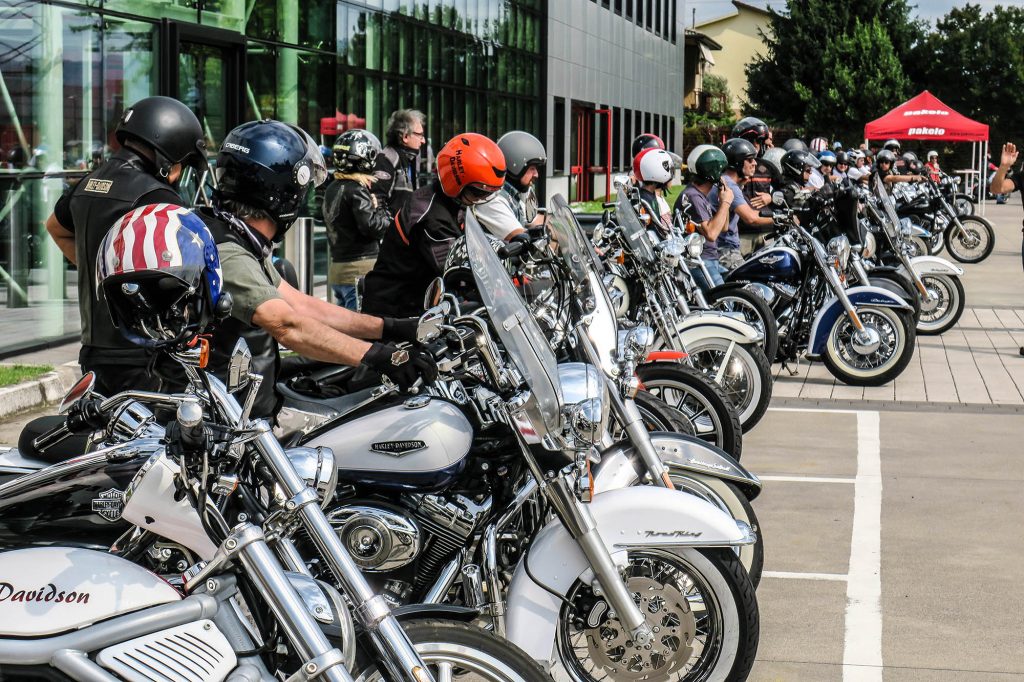 Pakelo HD MBK Series, namely “Harley-Davidson Motorbikes Series”, is essentially made of highly performative 4-stroke engine oils. The first is Pakelo Mono HD Mbk (SAE 60) a mineral monograde
lubricant that is recommend for air-cooled historic Harleys which demand a carefully calibrated and suitable to past mechanical requirements.
If the Harley is quite recent you can try Pakelo Multi Hd Mbk (SAE 20W-50) a performative mineral multigrade engine oil satisfying JASO MA2 specifics. Its natural evolution is the fully synthetic version called Pakelo Multi HD 3 MBK (SAE 15W-50), which is actually the first in class among Pakelo range for Harleys. It has been conceived for 4 stroke air-cooled motorbike engines and it is suitable for the lubrication of the engine, primary chaincase and transmission.
Many inexpert bikers don’t think about the quality or the suitability of the lubricant they’re using, compromising their beloved motorbike from the basis. Choosing a specific lubricant would reduce the risk to harm the parts and it would help to extend oil maintenance period.
Next time you see a Harley-Davidson tribe ask yourself “Are those bikers truly caring about their motorcycles, or are they just the umpteenth fanatics pretending to be Easy Riders’ actors?”