LABVOLUTION got off to a fine start and is on the right track for the future. That sums up the outcome of the European trade fair dedicated entirely to innovative lab equipment and lab workflow optimization. Crowded aisles, brisk traffic at exhibitors’ stands and an upbeat mood among exhibitors and visitors added up to a vibrant 3-day event. Major emphasis was placed on illustrating exactly how today’s laboratory operations can benefit from digitization.

Accordingly, the special smartLAB display provided a comprehensive look at the fully integrated lab of the future, and visiting professionals very much welcomed the contributions made by smartLAB’s 13 business and research partners – contributions that gave visitors the chance to delve deeply into the shape of things to come, as well as to put various components through their paces in real-world application scenarios.

“We were quite optimistic going into the show, but the final outcome turned out even better than we had expected,” reported Dr. Andreas Gruchow, member of the Deutsche Messe Managing Board. “The launch of LABVOLUTION was a great success. The event’s transformation from a pure biotechnology fair – BIOTECHNICA – to the LABVOLUTION lab technology fair proved to be exactly the right step, and this was underscored by the positive echo triggered by the show on the part of exhibitors and visitors alike. LABVOLUTION is definitely up and running, and well aligned for strong tailwind at its next staging in the spring of 2019,” he concluded.

Exhibitors commented in like manner: “We detected a genuinely lively spirit here,” remarked Ralf Claussen, head of advertising and communications at the Eppendorf Group, adding: “LABVOLUTION has what it takes to become the northern European lab community’s networking hub.” And in the words of Dr. Stefan Sadtler, Director of Marketing Life Science at Sarstedt: “In our opinion, Deutsche Messe has succeeded in its relaunch of LABVOLUTION. The new concept was embraced by the market, and the hall was brimming with visitors. For Sarstedt, LABVOLUTION is the right place for us to reach our customers in the north.” First-time exhibitors also responded positively: “At LABVOLUTION for the first time ever, Carl Roth opted for a stand of its own,” remarked Thorsten Wagner, Marketing Director at the Carl Roth company. “The bottom line: satisfied customers and satisfied staff members. For us, LABVOLUTION was clearly a success.” 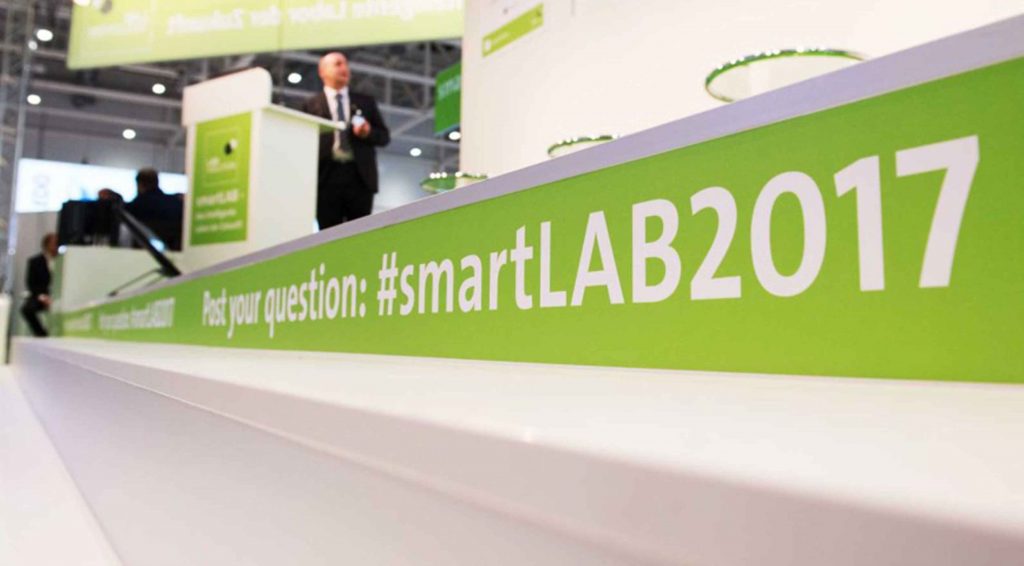 The fair’s transformation was also visible in terms of its new exhibitor makeup, with some 100 lab equipment enterprises making a first-time commitment to appear at LABVOLUTION. The lineup also featured several firms who had decided to return to the event after a break, among them market leaders like Sartorious. This positive trend also carried through to the visitor side of the equation, with lab users from virtually every field in attendance. Exhibitors were delighted with the show’s visitors both in terms of quantity and quality, especially in view of the fact that a full 99% of them were found to be professionals. This notably means that the show’s audience consists almost exclusively of trade professionals. Not only that, but its international appeal is also appreciable, with 15 percent of all attendees coming from abroad.

Many companies noticed a shift in the mix of professionals attending the event: “This audience is substantially different, and also qualitatively better than at past events,” said Matthias Ludwig, Life Science Applications Specialist at Analytik Jena. “Our visitors addressed us with very specific questions revolving around real-world applications.” This observation was backed up by the findings of a visitor survey, according to which a large percentage of visitors came from the life sciences/biotechnology sector, while the share of visitors from the chemical industry actually doubled. Attendance by professionals from the pharmaceutical and plastics industries was also up. Another figure worth noting is that decision-makers accounted for more than 60 percent of the total visitor count.

smartLAB – a special display on the intelligent lab of the future – turned out to be a visitor magnet, and was a veritable highlight at LABVOLUTION. With their fully functional model laboratory, the contributing organizations at smartLAB presented live use cases for and a range of talks on the digital lab of the future, delving into topics such as the use of automation and robotics, intelligent surfaces, 3-D printing, data glasses and, above all, the digital integration of diverse components. “smartLAB 2017 went off really well,” commented Dr. Simon Bungers, CEO of labfolder and spokesperson for the smartLAB group. “It was fantastic that we had such a full house even for our very first use-case presentation. Many even came to the show expressly with the goal of seeing smartLAB. Overall, smartLAB represents an evolutionary milestone on the road to the digitalized lab. The 2017 showcase made it clear how many key steps have been taken. Even for me, it was a bit astonishing to realize that we have already reached something like the homo erectus stage, though with more work ahead, of course.”

Digitization, big data and the integration of workflows were also popular topics at exhibitor stands as well as at the new LabUSER exhibitor forum and the BIOTECHNICA Forum. Companies like BIO Deutschland gave presentations focusing on the latest technical standards and equipment as well as communications interfaces and the potential for analyzing large, heterogeneous volumes of data. 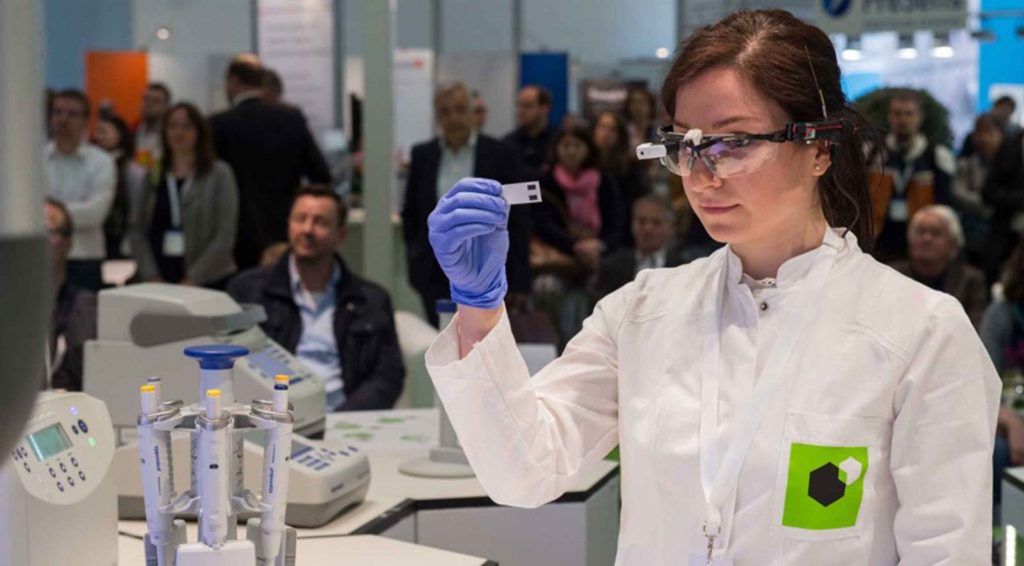 LABVOLUTION’s supporting program featured a number of outstanding opportunities for interaction, e.g. the smartLAB special display, the BIOTECHNICA Forum, the supporting “3D Printing in Science” conference as well as the new LabUSER exhibitor forum consisting of workshops, certified training seminars and discussion rounds. Visitors enthusiastically responded to these value-adding offerings, with more than a third of the show’s attendees choosing to take advantage of them and rating them as “excellent”.

Praise was also expressed for the fact that everything at LABVOLUTION was easy to reach, with all its associated conferences and displays being staged under a common roof in Hall 19/20, i.e. directly adjacent to the North entrance and thus in close proximity to public transportation and parking facilities.

Numerous start-ups seized the opportunity to make direct contact with user industries at LABVOLUTION, among them the InnoMe company. “We are highly satisfied with LABVOLUTION,” said Martin Woywood, R&D and Sales Engineer at InnoMe. “The turnout by potential customers and users from various lab backgrounds was excellent. The ‘Young, Innovative Enterprises’ pavilion was a great idea. We’ll definitely be back.” The next LABVOLUTION will be staged from 21 to 23 May 2019 in Hannover.