On Friday 17 June, all SDMO employees at the sites in Brest were invited to an informal event to celebrate the company’s 50th anniversary. Nearly 700 employees got together in the semi-
covered aisle of K2bis to celebrate together the 50th anniversary of SDMO. Founded in 1966 in Brest, the small company, whose main development stages were recollected by Jean-Marie Soula and Hervé, would grow rapidly.

Following a number of deliberately improvised and informal speeches, the attendees were able to enjoy a little refreshment with some symbolic dishes from the birthplace of the company. Crayfish, oysters and buckwheat pancakes were enjoyed by one and all. To create an enjoyable ambiance, a music group replaced the company’s managers on the podium. The convivial atmosphere was a perfect setting for discussions and for the joy of coming across old colleague.

To immortalise this festive moment, photo booths were available for taking solo or group souvenir pictures of the 50 years. Everyone had to really use their imagination, especially in the gravity box where you had to dream up the most over-the-top poses in an upside down and very 1970s setting.

These few hours were enjoyed by personnel from Brest in a fine relaxed atmosphere. It was also a good way to prepare for the changes after the
summer holidays, starting with the Villeneuve head offices moving next to the KII plant. At 50 years old, SDMO is proving that it is still able to conserve all of its wonderful energy!

2016 – Let’s turn the clock back 50 years
Throughout the year you will be able to relive the major milestones in the company’s history. You can experience each of these moments as they are published by subscribing to the SDMO Facebook page. 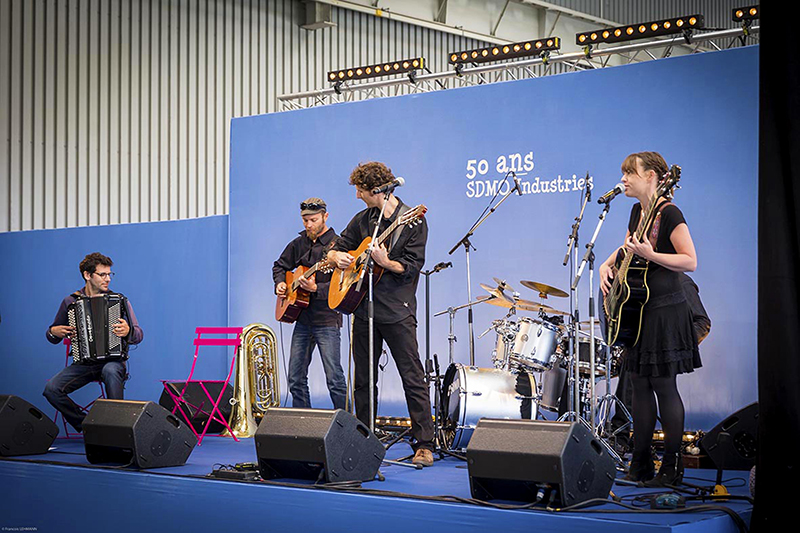 First step: 1966 Founding of the company
It all began in the 1950s when Albert MEUNIER takes over the engine repair workshop founded in Brest by his father. At the time the company consisted of just 7 people. Through hard work and perseverance, the company develops its activities in the field of diesel engines as a Perkins agent.
•Resulting from this partnership with Perkins, 1966 marks the birth of the subsidiary Société de Diffusion des Moteurs de l’Ouest, better known by the acronym, SDMO. The SDMO adventure had begun with the objective of distributing MWM marine engines manufactured in Germany.
•As there was great demand in this field, very quickly MWM wanted to turn SDMO towards the manufacture and marketing of generating sets.
•The diesel engine manufacturer also joined forces with the alternator manufacturer, Leroy Somer, in order to convince Albert MEUNIER to take this strategic direction. 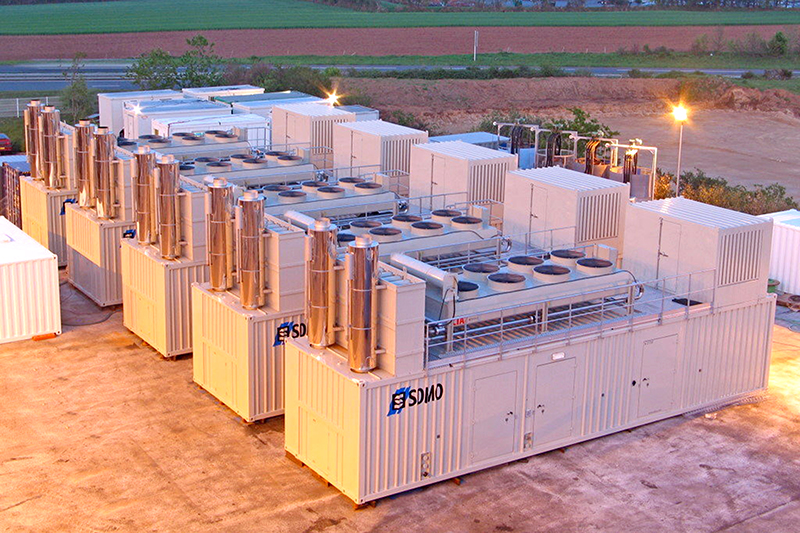 SDMO gensets in backup mode at a renewable energy power plant in South Africa
Towards the end of the year, SDMO Iberica will deliver an installation designed to provide backup power to a thermal-solar plant in Chile. This is the second project of this type for Abeinsa, a customer who has already demonstrated its confidence in us for an identical project in South Africa. In 2013, the technical department led by Ramon Subiranas of SDMO Iberica won a contract with ABEINSA, the engineering department of the company ABENGOA. This international company offers innovative technological solutions in the environment and energy sectors, based on solar energy generation, the production of biofuels, sea water desalination and the recycling of industrial waste. SDMO won the contract for a power plant consisting of two T1650 gensets in ISO20 containers with separate cooling systems coupled together and linked to the medium-voltage grid.
These gensets have been designed to act as backup to a 100MW plant powered by solar energy captured by parabolic trough mirrors and stored using a system of molten salt. Located in South Africa, this plant is able to power 80,000 homes and has an estimated lifespan of 30 years.
By using renewable energy, this installation offers an annual reduction of 300,000 tonnes in C02 emissions.
Commissioned in early 2015, this SDMO installation has met all of ABEINSA’s requirements and the company has
decided to renew its confidence in us with a second project of the same type: the ATACAMA 1 contract, this time in Chile. Begun in the summer of this year, the project should conclude in December with the delivery of a power plant consisting of 5 gensets: 1 x V500C2 with enclosure, 1 x T1540 in an ISO20 container, 2 x T1900s in ISO 40 containers and 1 x T2200 in a CPU40.