Whether a new generation of excavators in the 6 to 10-ton class, innovative vibratory plates, new internal vibrators for concrete compaction or the zero-emissions series: Under the banner “Wacker Neuson Universe”, customers and dealers from across Europe were invited, not only to become better acquainted with these and other solutions, but also to witness them in action. A test track was built for this purpose in a gravel pit near Munich. Different stations sent out invitations to witness and form an entirely personal opinion of the performance, versatile application areas, and tangible advantages of Wacker Neuson machines.

“The direct and personal contact with our customers, but also the chance to provide them with an exclusive, hands-on experience of the dependability and performance of our products and brand — that is the idea behind “Wacker Neuson Universe”, explains Cem Peksaglam, CEO of Wacker Neuson SE. “Visitors at the event should have the chance to get to know the entire offering of the Wacker Neuson brand in all its facets. In addition to product innovations, this also includes the comprehensive range of services we offer.” 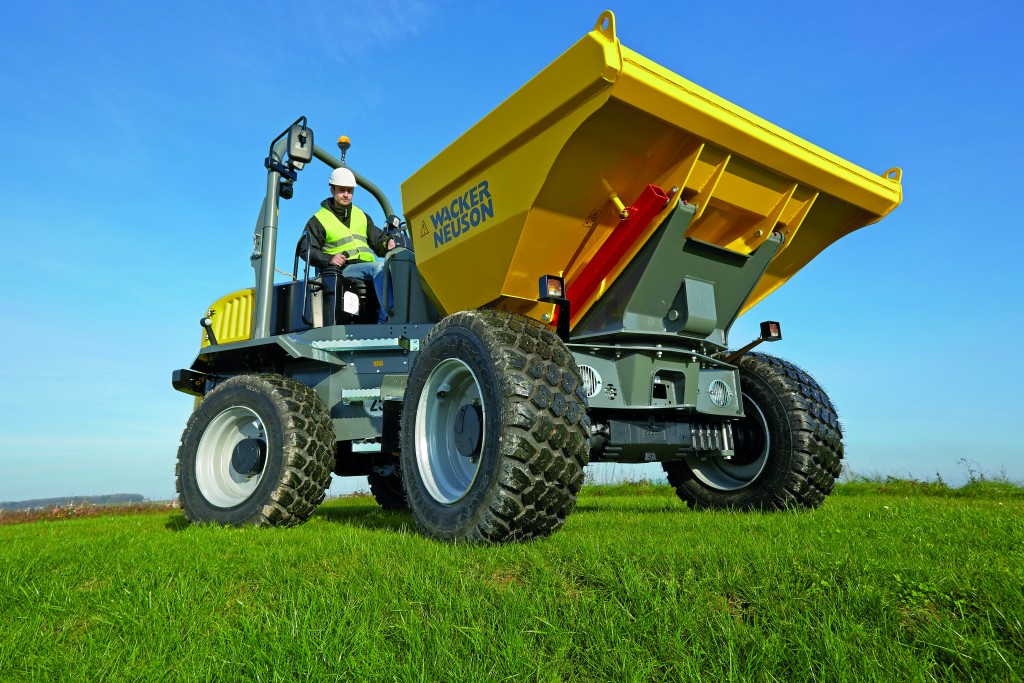 An overview of new products.

The zero-emissions series stands for exceptional operator and environmental protection, without sacrifice in performance. The series includes battery-operated vibratory rammers, dual power-excavators, electric wheel loaders and an electric track dumper. With this series, Wacker Neuson positions itself as the first manufacturer in this segment to offer its customers a chance to complete many work steps entirely emission-free. Freedom from emissions pays off when working indoors, in greenhouses, for example, or during building restoration work, in parking garages, as well as under poorly ventilated working conditions.

Using the slogan “exceptional performance, unbelievably efficient”, Wacker Neuson is introducing four new excavator models in the 6 to 10-ton class. Above all, the ET65, ET90, EW65 and EW100 score major points for their productivity: with increased fuel savings of up to 20 percent, they provide up to 30 percent more power. An additional benefit of the new machines is the outstanding visibility they provide over the entire work zone, ensuring increased safety. What’s more, the compact design is compelling, making transport, as well as entry and exit to the machine, safer and simpler. An articulated boom, which increases the radius of action, can be ordered optionally for all excavator models. The cab interior was entirely redesigned and its generous and modern configuration has transformed it into a true zone of comfort.

By offering remote controlled vibratory plates and a complete series of reversible vibratory plates with the lowest hand-arm vibrations on the market, Wacker Neuson gives its customers in the compaction field safe, comfortable and economical machines. The new DPU80 and DPU110 models — optionally with remote control or center pole — are available starting the end of the year. Wacker Neuson is also introducing its first single drum soil compactors RC50 and RC70 in the 5 and 7-ton class. Their strong compaction performance and exceptional maneuverability is persuasive. Also new: The modified RTx trench roller, available with Compatec compaction control, as well as the RD7 walk-behind roller, which was fully modified and offers higher compaction performance, very good maneuverability and simple service access. 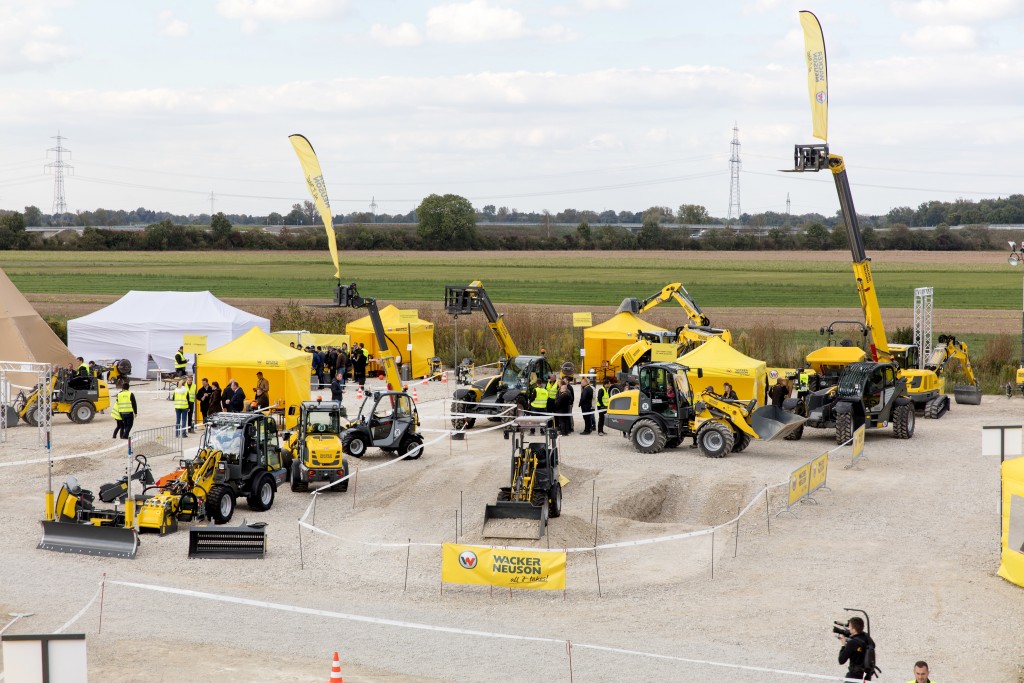 Six new telehandlers with a stacking height of seven to nine meters and a payload of up to 5.5 tons are distinguished by their high output, ruggedness and durability. The new models were designed and developed to take on especially demanding jobs; they master even difficult earthworks with ease. With a total of nine telehandlers with a range from four to nine meter stacking height, Wacker Neuson now offers the right machine to meet any customer need. Guaranteeing safety and efficiency, the time-tested and proven Vertical Lift System (VLS), an operator assistance system, makes it possible to smoothly and rapidly lower the telescopic arm with a simultaneous semi-automatic telescoping motion. The almost vertical movement prevents load torque displacements in the longitudinal direction of the machine from arising, providing even greater stability.

The DW60, DW90 and DW100 wheel dumpers with a range of payloads from 6 to 10 tons guarantee a bump up in performance, safety and comfort, even with difficult ground conditions. The hydrostatic drive system for all models ensures the machines can be steered sensitively and operated safely. The low operating costs of these models, which can be equipped with different skip versions, also make them interesting in rental yards. In some countries, they replace the smaller construction trucks on many sites, scoring points for their off-road capabilities.

Besides the product test, the event’s highlights were the exchange with customers and the overall “Wacker Neuson Universe” experience. In these surroundings, Wacker Neuson could make clear how very broad and extensive the brand’s product range is. The event underlined what the Wacker Neuson brand stands for: Wacker Neuson – all it takes!