Johann Bunte Bauunternehmung GmbH & Co. KG widens Berlin ring road from six to eight lanes. AutoSet Plus, the automatic functions of the VÖGELE pavers, made it a lot easier for the paving team to move between the many small job-site sections.

Paving processes can be automated with AutoSet Plus, so that quality achieved in the past can be reproduced at the push of a button. The function is integrated in the paver operator’s ErgoPlus 3 console on the VÖGELE paver and is particularly suitable for construction projects with several sections – as showcased by the recent project on the Berlin ring road: one of the most heavily used stretches of the A10 lies between the Potsdam and Nuthetal junctions. Traffic on the 9km-long section has been tipped to increase from 90,000 to 126,000 vehicles per day by 2025. In response to this, the A10 had to be expanded from six to eight lanes in this area by 2020. To this end, the three existing westbound lanes first had to be completely removed. Next, four new lanes were to be built from scratch. The same procedure would then be applied for the eastbound carriageway. However, widening the road to a width of 18.5m in each direction was fraught with challenges for the contractor, Johann Bunte Bauunternehmung GmbH & Co. KG: the existing bridges were not configured for this width and likewise had to be replaced and widened. That meant that the paving team frequently had to move from one strip to the next and between the sections while also paving a variety of mixes – sometimes within the same work shift. 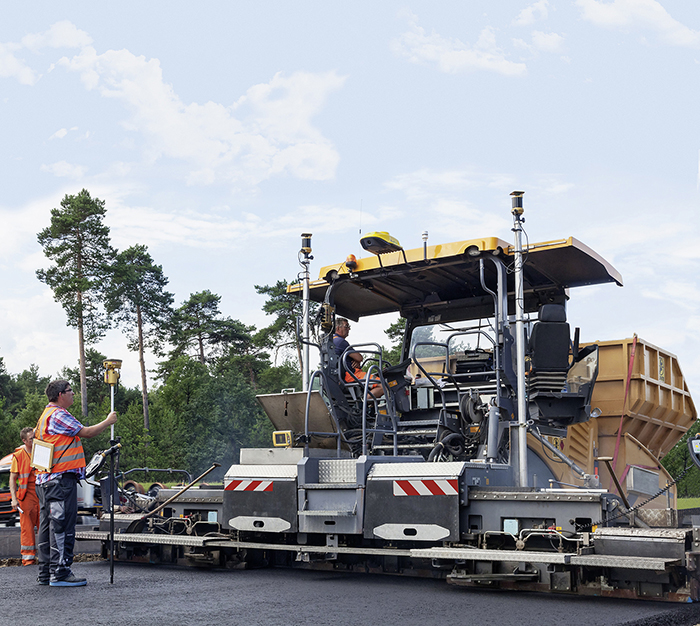 Paving parameters and settings saved at the push of a button

“Normally we have to set all the paving parameters again every time we reposition the paver,” explains Henry Moser, Paving Foreman at Johann Bunte Bauunternehmung GmbH & Co. KG. The same applies for every new layer if a different mix is to be paved with a different thickness and paving speed.” In a construction project such as the widening of the A10, the settings for the 2 VÖGELE SUPER 1900-3i and SUPER 2100-3i pavers would have to be re-entered again and again. “And when there’s time pressure as well, it goes without saying that mistakes can arise,” Moser adds. “That’s why we made use of the assistance provided by AutoSet Plus on the job site.” AutoSet Plus is integrated in the paver operator’s ErgoPlus 3 console and offers two basic functions: first, there is the Repositioning and Transport function, which brings the paver into transport position while saving any paving-related settings. Second, AutoSet Plus features the Paving Programs function: this enables users to save all paving parameters such as type of mix, pave width, type of layer and machine settings which are of relevance on the job site and then retrieve them as required. 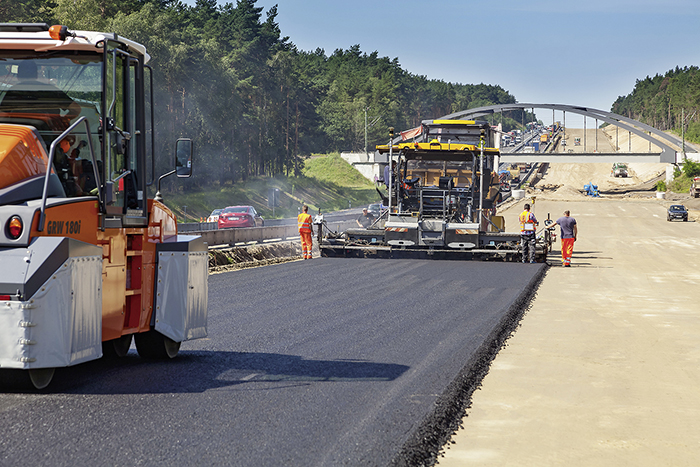 The second function lent key support to the paving team on the Berlin job site: Johann Bunte Bauunternehmung first paved one strip followed by two more parallel strips. The critical factor in the process was that each mix for the various asphalt layers had to be paved with identical parameters. To achieve this, both paver operators saved the settings after each layer (base, binder and surface courses) as a paving program whenever this layer was laid for the first time. This was quick and easy to do, because most of the settings can be taken over automatically by AutoSet Plus. After laying the asphalt pavement on one of the sections, the paving team transported the 2 VÖGELE Highway Class pavers to the next one – and the operators were able to continue working with identical settings at the press of a button. “That enables us to ensure that every asphalt layer is laid and precompacted in the same way on each section,” adds Jürgen Schimang, Asphalt Coordinator at Johann Bunte Bauunternehmung. “So AutoSet Plus gives a high degree of security: to the paving team, because there is one less potential cause of errors; to us, because we have more process reliability; and to the client, because they can be sure that every metre of every layer is paved identically.” 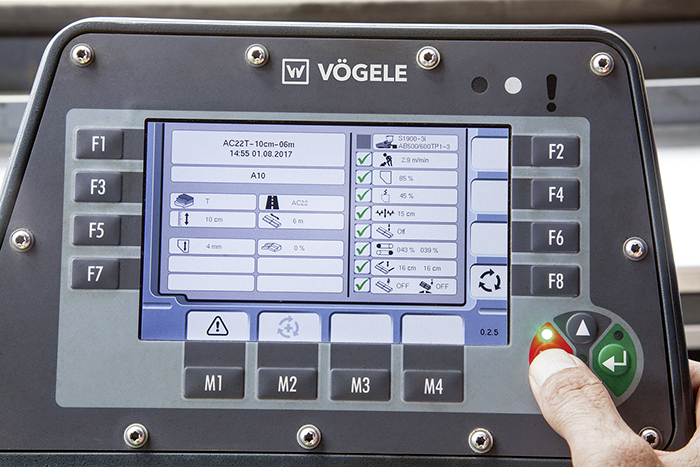 The use of AutoSet Plus was not the only innovative aspect of the paving work, though: to ensure the pavement was true to line and level exactly as specified in the planning data, the SUPER 2100-3i was equipped with Navitronic Plus from VÖGELE. The 3D control system takes over the grade and slope control – automatic control of the grade and crossfall – while also controlling the screed’s position. But that’s not all: Navitronic Plus handles the steering of VÖGELE tracked pavers as well – a benefit that only VÖGELE offer their customers. To provide a virtual reference, an mmGPS system from TopCon (3D zone laser and GPS) was used on the Berlin ring road. This automatically ensured maximum precision in truth to line and level. Johann Bunte Bauunternehmung additionally used the VÖGELE temperature-measurement system RoadScan to document the paving results.