The 2018 Congress of the Committee for European Construction Equipment (CECE), the association that brings together all the private stakeholders (national associations, manufacturers, construction firms) and public sector bodies (representatives of European and national institutions) who operate in the earthmoving and construction machinery segment took place in Rome, Italy. This industry is vital to the growth and development of European society and its economy, given that around 400,000 people in Europe rely directly or indirectly on manufacturers of construction machinery for employment.

CASE Construction Equipment played a key role, in part, thanks to the close links the brand has with Italy, the host country for this year’s CECE Congress. CASE has Research & Development activities and two production plants in Italy, in San Mauro Torinese and in Lecce, where over 1,000 employees produce eight different ranges of construction machinery: including mini excavators, 30-ton crawler excavators, backhoe loaders, wheel loaders and motor graders.

Carl Gustaf Göransson, Brand President of CNH Industrial Construction Equipment and member of the Group Executive Council of CNH Industrial, took part in the panel discussion entitled “How the customer is changing: an open debate to a common vision”, with particular emphasis on the growing need for digitalization and connectivity, and on the increasing demand for machines offering ever higher productivity and greater respect for the environment. 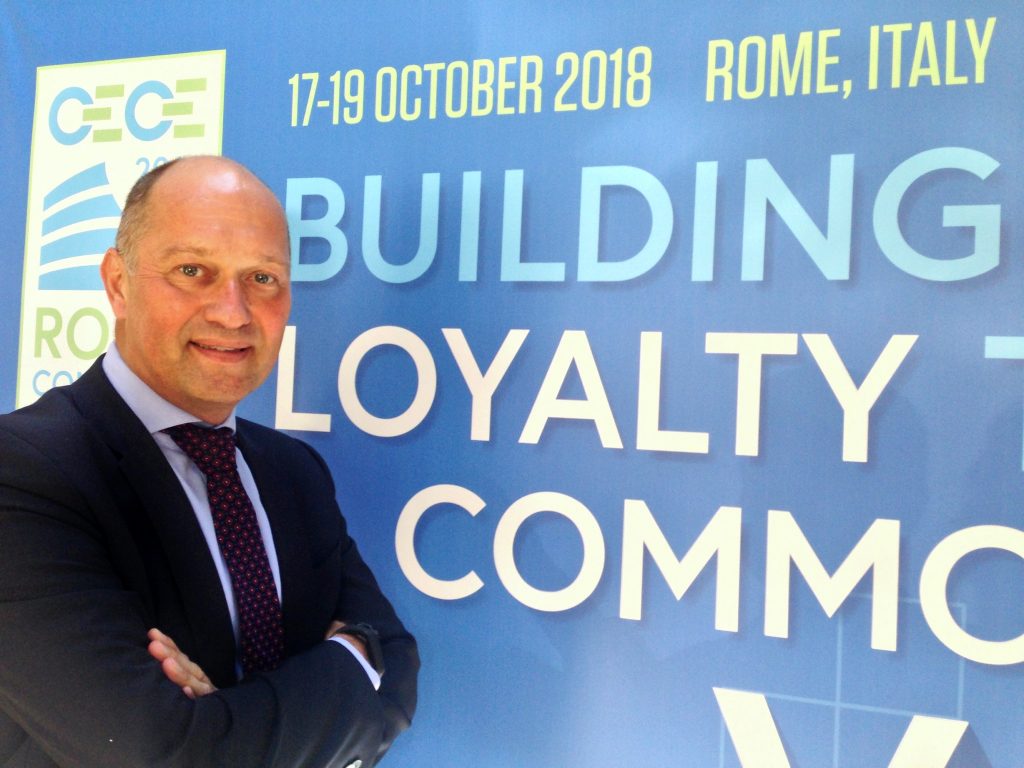 “Among the various industries, our segment – represented by machines that work on building sites, in quarries and on our roads – is not immediately associated with the concepts of innovation and sustainability. Nothing could be further from the truth: for many years, we have been at the forefront in introducing state-of-the-art technologies on our machines, such as telematics management and solutions that enable better performance and increased productivity through machine control systems. Furthermore, the continuous focus on reducing fuel consumption goes hand in hand with emission reduction, testament to the significant efforts of all manufacturers, and CASE in particular, to produce machines that are increasingly efficient and beneficial for the environment in which we operate”, said Göransson.