The top players in the earth moving and construction market will be on hand: CASE CE, Hyundai, Kobelco and Komatsu are the first top companies to sign up for the 30th SaMoTer, the triennial event scheduled at Veronafiere 22-25 February 2017 (www.samoter.it). Komatsu thereby re-confirms attendance after the 2014 edition, CASE and Hyundai make a welcome return, while 2017 will mark the absolute debut of Japanese corporation Kobelco at such an Italian trade show.
SaMoTer has been the landmark even in Italy since 1964 for the construction equipment sector. The coming date at the Verona Exhibition Centre will focus on the management and prevention of environmental emergencies and is scheduled in conjunction with Asphaltica, the exhibition dedicated to technologies and solutions for road paving, safety and transport infrastructures, and Transpotec Logitec, the transport and logistics event.
“Confirmations were received from these four manufacturers in recent weeks,” says Giovanni Mantovani, CEO & Director General of Veronafiere, “and are a very important signal for two reasons. It means that large international companies are ready to invest in an event they feel is strategic for the Italian construction machinery market, as it finally picks up after the collapse in recent years. It also means that SaMoTer’s new format and the various initiatives implemented by Veronafiere are working in the right direction: building a trade show that is increasingly tailored to the real business and training needs of exhibitors and sector operators.” 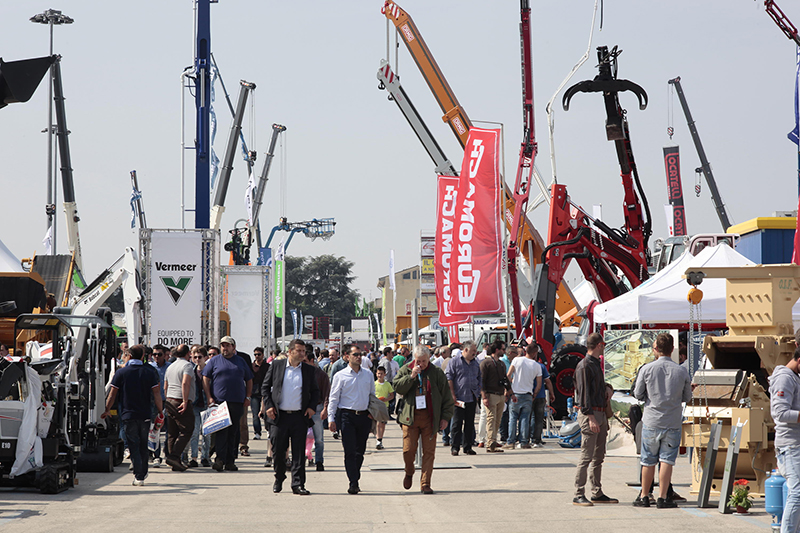 Enrica Oderda, Italy Business Director of CASE Construction Equipment: “The Italian market is experiencing a significant growth trend: +28% in 2015 compared to 2014 and further improvements in 2016. This increase is stimulating a climate of confidence among dealers and customers, within a virtuous circle that we are sure will strengthen the recovery. CASE believes in Italy and demonstrates this belief by upgrading its production centres in San Mauro Torinese (excavators) and Lecce (wheel loaders, compact wheel loaders, backhoes and graders). Attendance at SaMoTer by CASE bears witness to its confidence in the Italian market and support for our customers and network thanks to our full-liner offering, at the same time as focusing on the specific features of the Italian market with compact excavators, triple boom systems and short radius versions.”
A change in direction as regards production and purchases of machinery and equipment in Italy, after the low-point posted in 2013, is demonstrated by the latest data analysed by SaMoTer-Veronafiere Outlook. In fact, imports came to 816.7 million euros in the first four months of 2016, up by 1.6% compared to the same period last year. Imports also performed well: between January and April 2016, Italy posted turnover of 210.3 million euros, up 13.8% over the first four months of 2015.