Robots that are as simple to operate as smartphones. Machines that learn from their mistakes. Energy systems that are digitally integrated and controlled. And all of it totally human-centered. That’s Industry 4.0. HANNOVER MESSE 2017 highlights the added value that is unleashed when factories and energy systems go digital.

HANNOVER MESSE 2017 opens in about ten weeks’ time. The show, which runs from 24 to 28 April, will sport a rich array of highlights, including a record 500-plus Industry 4.0 applications, self-learning robots with near-human touch sensitivity, and advanced technology solutions for a more sustainable energy future. “The technologies needed for the successful digitalization of industrial production are fully developed and ready to go,” commented Deutsche Messe Managing Board member Jochen Köckler.” “The task now is to ensure that decision makers from industry and the energy sector understand the direct, long-term benefits that digitalization can offer them and their organizations, business models and employees,” he added. “Challenging people to ‘think outside the box,’ highlighting all the various ways in which digitalization can add value, and opening up new markets – that’s what this year’s HANNOVER MESSE is all about, with its lead theme of Integrated Industry – Creating Value.” The show will have around 6,500 exhibitors and feature Poland as its official Partner Country.

With Industry 4.0, integrated energy, digital twins, machine learning, predictive maintenance, smart materials, and networked and collaborative robots (cobots), companies of all sizes today have a multitude of high-tech solutions to choose from. But often they find it difficult to predict what value these sorts of solutions might add. Which is where HANNOVER MESSE 2017 comes in. Köckler: “The world’s leading trade fair for industrial technology will present solutions for all parts of the industrial landscape. It’s a landscape in which mechanical engineering and IT are converging. This is digitalization, and HANNOVER MESSE will show visitors how to recognize its benefits and make them their own.” 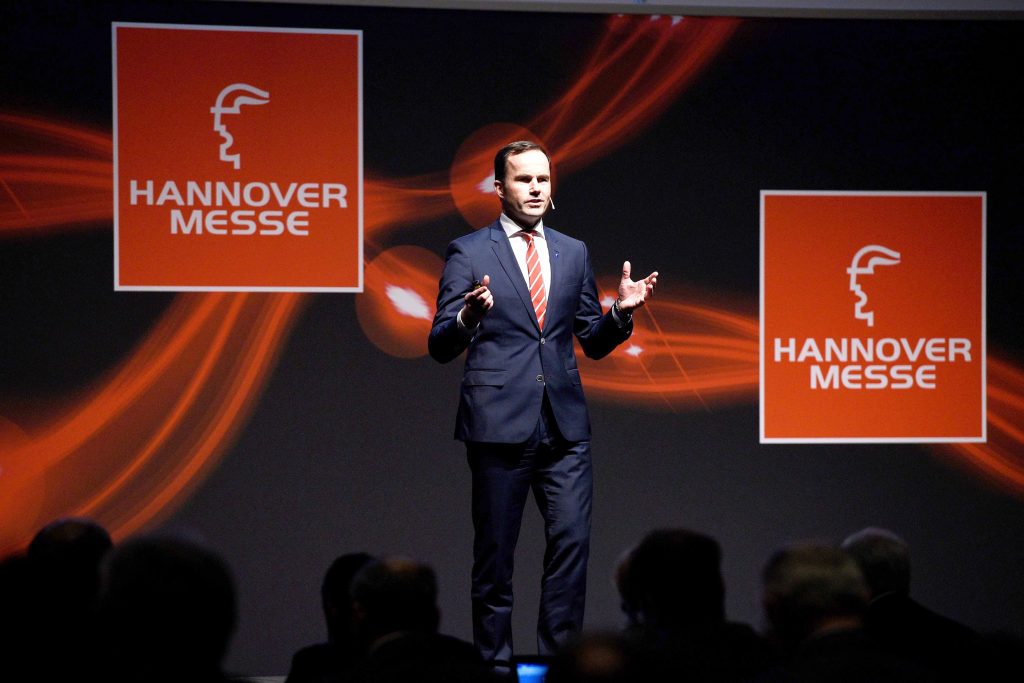 Digitalized production processes generate vast quantities of data which are then analyzed by various upstream and downstream systems. In the not-too-distant future, manufacturing systems will incorporate machine-learning technologies that analyze this data centrally and feed the results back to the production machines in question, thereby enabling them to learn and self-optimize.  As such, machine learning is fundamental to predictive maintenance – a highly promising aspect of Industry 4.0 that will feature prominently at the upcoming HANNOVER MESSE.

However, despite the ongoing and rapid spread of digitalization, people will always be absolutely critical to success in industry. Industry 4.0 technologies will help make factory workers’ duties more interesting and varied. Instead of focusing on repetitive manual tasks, factory employees will increasingly be called upon to solve problems, make decisions, innovate and drive value-adding initiatives. But this will not happen in a vacuum. Manufacturers need to invest in upskilling and education measures to prepare their workforces for Workplace 4.0. “In tomorrow’s agile, flexible factories, employees will be experts in the use of virtual reality, augmented reality, smart glasses and tablets. All of these exiting new digital factory tools will feature prominently at HANNOVER MESSE 2017,” Köckler explained.