Official Raimondi Cranes agent Interkran AG, which is based in Lachen, Switzerland and founded by Antonio Texeira, has erected a total of five tower cranes in the Swiss town of Schaffhausen. The jobsite is a mixed-use project based in Schaffhausen’s old steelworks, and will include residential, commercial and office space.

Swiss developer and builder Klaiber Bau AG will position the five cranes for a period of approximately two years, where they will be used in the full build of the large-scale project.

“We have erected five Raimondi cranes onsite in Schaffhausen, two MRT223s and three MRT189s. The heavy lifting MRT223 has jib lengths of 70m and 66m, while the MRT189 has jib lengths from 65m, 60m and 42.5m respectively. This Klaiber Bau jobsite was fully attended to by the Interkran team in terms of the crane needs, from all logistics and transport to technical and application perspectives,” explained Teixeira.

Now celebrating nearly two decades in the sector, Texeira added that Interkran has successfully collaborated previously with Klaiber Bau on smaller projects, which led to the latest work between the two companies. 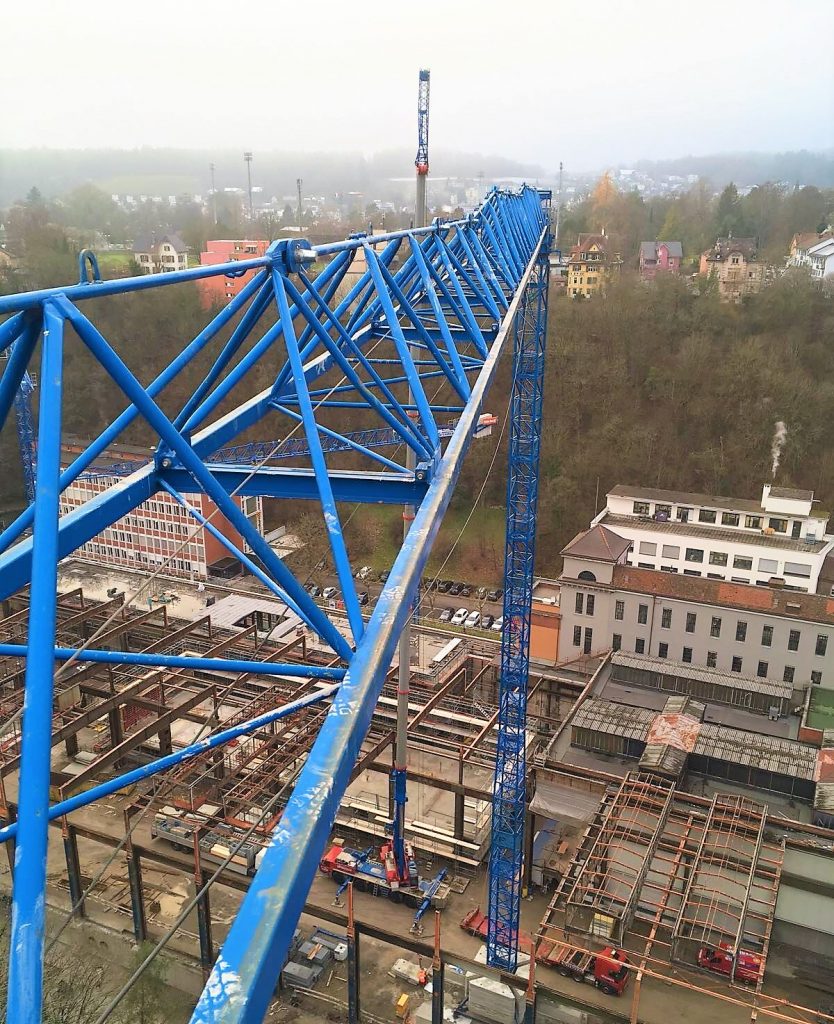 “Our work with Klaiber Bau has been mutually rewarding, and Interkran has put our full strength behind servicing our client on this demanding jobsite. We’re pleased to put our five of our Raimondi fleet at their disposal for use in this important project.”

The ambitious community revitalization project plans to dedicate 73% of the completed space to residential housing, with additional dining and public service areas projected to employ approximately 500 individuals. The development’s showpiece city garden will be open to the public, and ample vehicle and bicycle parking is also incorporated into the plans.