The Jungheinreich Used Equipment Centre has delivered its 50,000th forklift truck. The milestone vehicle was a Jungheinrich EFG 216k counterbalance forklift truck. Julien Caloud, Sales Manager at Jungheinrich in France, received the vehicle as part of a ceremonial handover at a vineyard in Radebeul, near Dresden. Jungheinrich has been restoring second-hand industrial vehicles at its site in the outskirts of the Saxon state capital since 2006. “Thanks to unique industrial reconditioning in one of the most state-of-the-art plants in Europe, our restored trucks are some of the best used vehicles, and our JUNGSTARS are just as much part of the Jungheinrich fleet as new trucks,” explains Tino Alban (Production Manager). A continuous increase in production numbers has led to considerable expansions of the production plant since it was founded. Today, the Used Equipment Centre in Dresden covers a surface area of 19,000 m². 250 employees recondition around 8000 industrial vehicles every year. 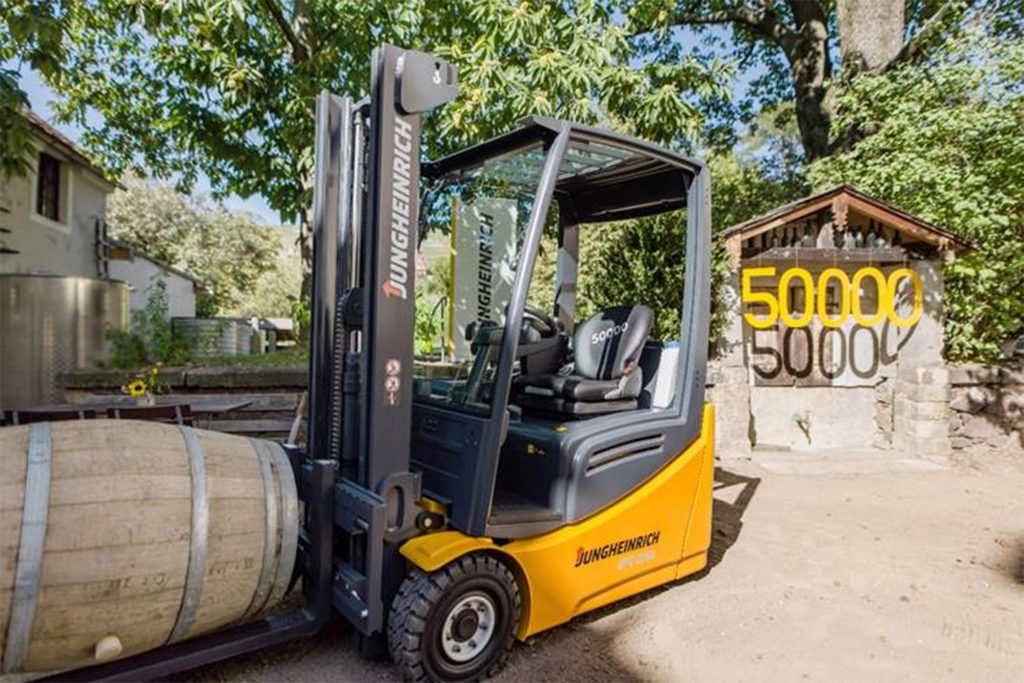 The used vehicles are reconditioned subject to the highest quality standards. All wear parts and safety-relevant components are restored or replaced. At a glance, it is hard to distinguish a used forklift truck from a new one. Only the operating hours counter, which remains unchanged, and the attractive price reveal the history of the used vehicle. Jungheinrich’s second-hand forklift trucks are particularly sustainable. Compared to new production, reconditioning can cut CO2 emissions by around 80 percent. “The first twelve years of the Used Equipment Centre in Dresden have told a unique success story. The Jungheinrich JUNGSTARS are high-tech products, which combine economic and ecological advantages. I am proud of what we, as a great team, have been able to achieve so far,” says Tino Alban.