Nurol Construction Co., part of the Nurol Group of Companies (Nurol), has taken delivery of five new Raimondi cranes in the United Arab Emirates to add to its existing fleet. The cranes, two LR213s and three MRT294s, are already at work across two of the contractor’s jobsites. As part of the Nurol client care and after sales package, Raimondi’s Middle East operations team executed five three-day crane operator trainings, and will continue to perform monthly maintenance and servicing when required throughout the duration of the projects. 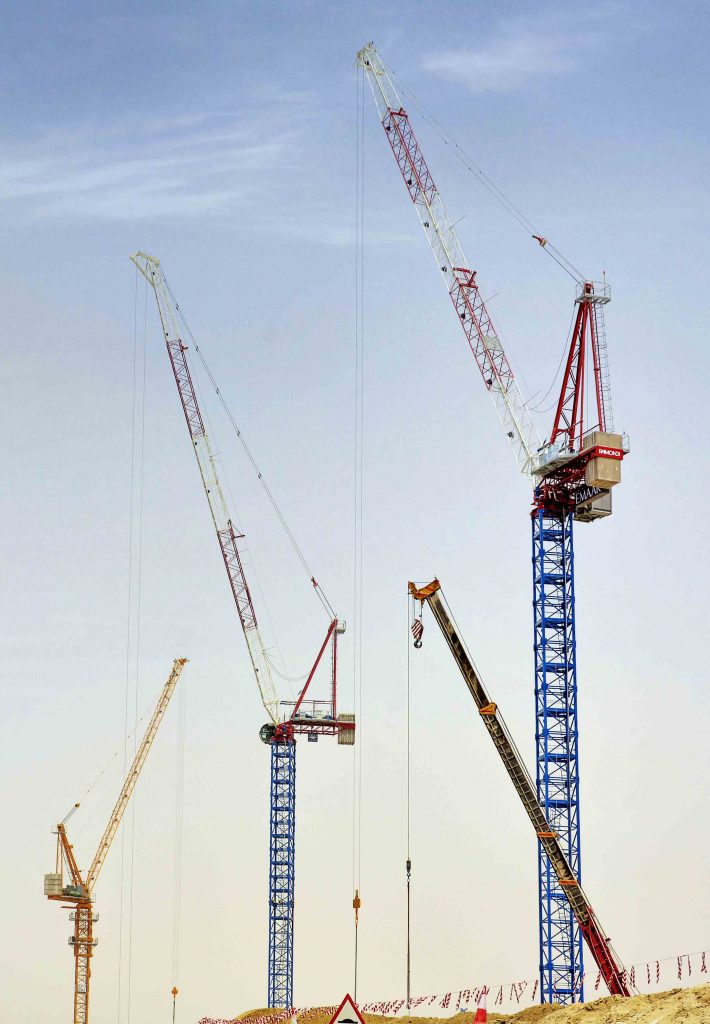 The five cranes are currently erected at two separate large-scale developments by Emaar Properties: the three MRT294s are situated at The Cove, while the two LR213s are positioned at Creek Gate at Dubai Creek Harbor. “The original site planning was executed in collaboration with Raimondi’s Technical Office at our Italian headquarters. The Raimondi Middle East operations team undertook the installations, and we will also later climb the cranes to heights required by Nurol to complete the projects,” said Wael Hasan, Middle East Commercial Manager, Raimondi Cranes. Hasan added that the LR213s specifically met the project’s requirements due to an extremely congested area with a high number of cranes already at work on neighboring sites, making the luffers ideal as the machines will not exceed project boundaries. Released to the global market in July 2016, the LR213 is now one of Raimondi’s most popular models attributed partially due to its easy erection process and its onsite versatility. 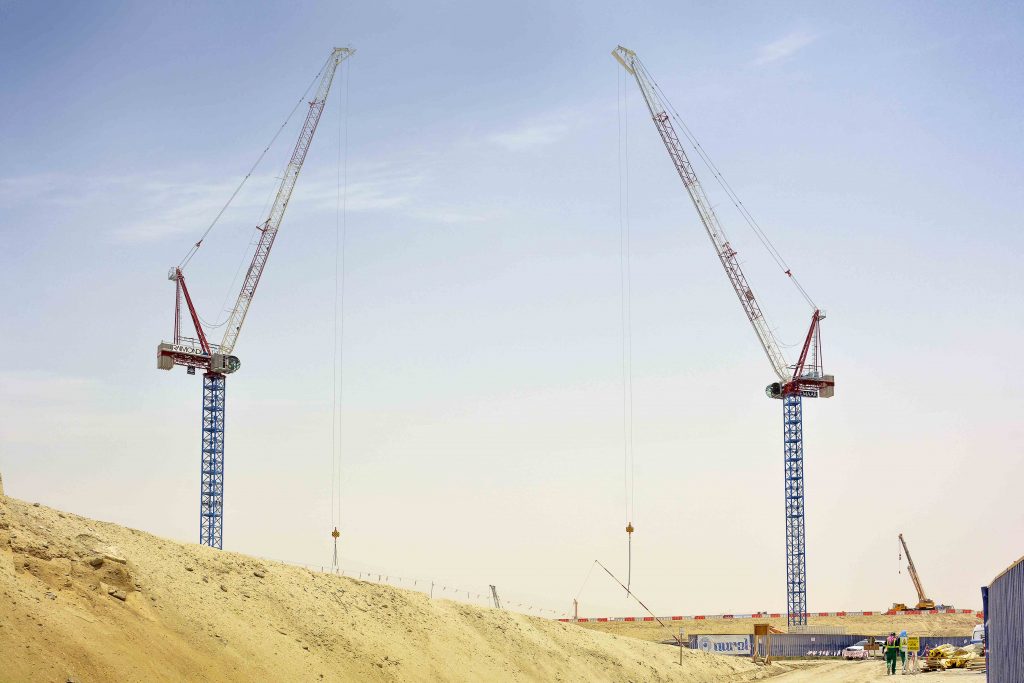 “The purchase of the five new Raimondi cranes is a testament to our continued successful relationship with Nurol. The company’s fleet already included a Raimondi luffing LR165 that has supported the build of many of the company’s projects in the UAE, and it’s scheduled shortly to be erected on yet another Nurol site in Abu Dhabi. The impressive performance and demonstrated durability of this luffer convinced Nurol to consider our newer models: the LR213, and the heaviest lifter in our range, the MRT294 topless tower.”