After years of general and widespread crisis for the Italian construction machinery industry, 2015 at last saw a turnaround – even for road infrastructure technologies. In Italy, rollers, compactors and mixers for bitumen closed the year with exports worth 113.2 million euros and imports at 22 million euros, respectively up by 27.5% and 30.8% over the previous year’s results. This emerges from data analysed by SaMoTer Outlook, the construction equipment outlook set up by Veronafiere in collaboration with Prometeia and the information input of Unacea.

The most important upcoming event for the bitumen sector is Asphaltica, the show highlighting road paving technologies and solutions, safety and road infrastructures scheduled alongside the 30th edition of SaMoTer, the triennial landmark event in Italy for earth moving, site and building machinery, and Transpotec Logitec, the show dealing with transport and logistics, all scheduled at Veronafiere 22-25 February 2017.

Asphaltica, organised by Veronafiere and SITEB, the Italian Road Asphalt Bitumen Association, will be an ideal opportunity for discovering the latest innovations in the field presented by major international brands. These include European giants Ammann, Marini and Wirtgen Group, which have already confirmed attendance as exhibitors.

The Italian scenario seems to be achieving gradual consolidation of the recovery: in the first four months of 2016, imports of specialist asphalt machinery came to more than 7.1 million euros in turnover, up by 46.4% over the first quarter 2015. 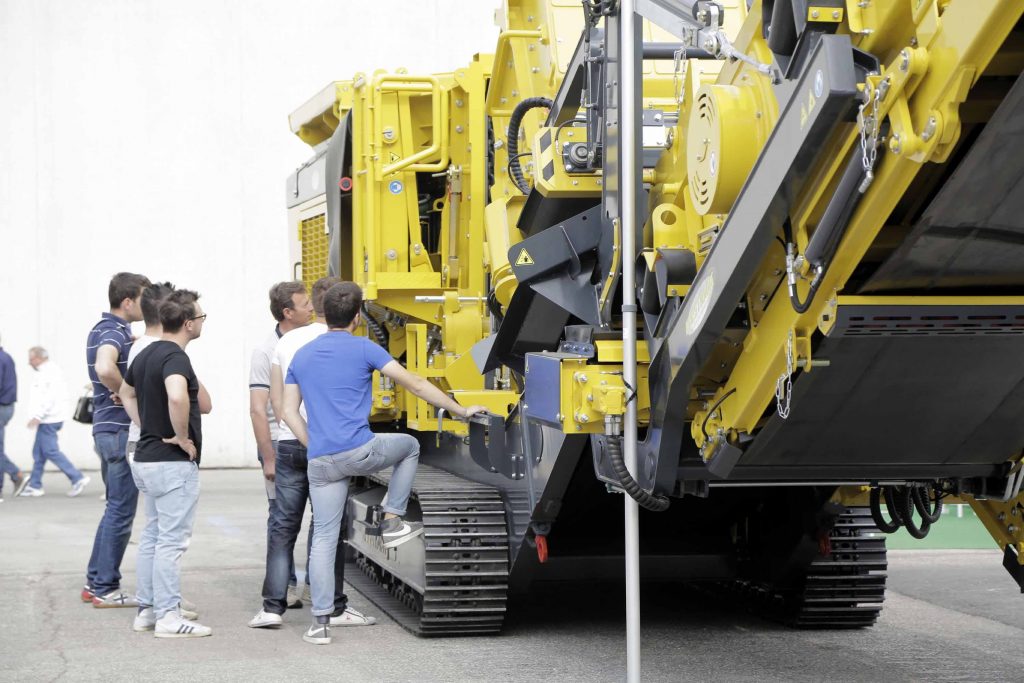 This recovery was driven by new investments in construction: +2% in 2016, according to Prometeia estimates. More specifically, the recovery is being helped along by measures to re-launch public works implemented by the Government. In this regard, the 2016 Stability Law (budget) saw a return to positive dynamics for public expenditure in assets and envisaged the abolition of the internal Stability Pact for local councils.

After a good performance in 2015, January-April 2016 saw a setback for exports of machinery made in Italy (-10.4%), coming to 36.3 million euros – above all because of downturns in orders from the Middle East and North Africa. On the contrary, positive signals were seen on traditional markets such as Western Europe, North America and even Russia, up from 1.3 to 3.8 million euros (+184%).

Asphaltica 2017 will display specific products and technologies for road building and maintenance focusing on maximum efficiency, lower costs and environmental sustainability “because roads belong to everybody and citizens are particularly aware of deterioration, driving safety and the environment in which they live every day”, says Stefano Ravaioli, Director of SITEB (which will also coordinate the impressive programme of workshops and high-profile business conferences ensuring training credits for engineers and sector professionals).