Self-driving bulldozers and excavators capable of redesigning the morphology of hills and embankments guided by drones, GPS and computers. Prevention of hydrogeological instability today even involves increasingly advanced earth moving machines taking inspiration for the rovers used to explore Mars. This scenario is much closer than one would think and in some sectors, such as agriculture, is already a reality – as explained by Massimiliano Ruggeri, an engineer and researcher at the Institute for Agricultural and Earth Moving Machinery of the National Research Council, in his report to Samoter in Verona

The earth moving, site and construction/building machinery event is open until tomorrow. The 30th edition focuses especially and precisely on the technological contribution the sector can ensure in combatting environmental emergencies. “Individual technologies are already available today,” said Ruggeri. What is missing is their specific integration to protect the territory, especially in mountain and hillside contexts. Yet all this also pushes towards true robotization and automation of a machinery fleet that in Italy is more than 30 years old and by now obsolete.” This is even more the case in Italy – a country where the Geological Service and the Regions certified more than 600,000 landslides in a single year (almost two per square km) and River Authorities have identified 10% of national territory as being at flood risk, while the Civil Protection Department over the last 3 years has acted in 57 emergencies caused by hydro-geological phenomena.

The ground has to be re-designed, in much the same way as occurs in agriculture, following the natural contours of the land and creating small-scale terracing to retain water and prevent erosion. This is where bulldozers, wheel loaders and hi-tech excavators come into play: beforehand, drones map the contours of the land, then work plans are up loaded to computers on-board the machinery performing the tasks by moving independently around the environment thanks to laser levelling, GPS and 3D vision systems. And earth moving machines of the future? “They will be larger,” says Ruggeri, “and modular with robot control and variable trim, just like the rovers used to explore Mars. They will have hybrid and more efficient engines.” 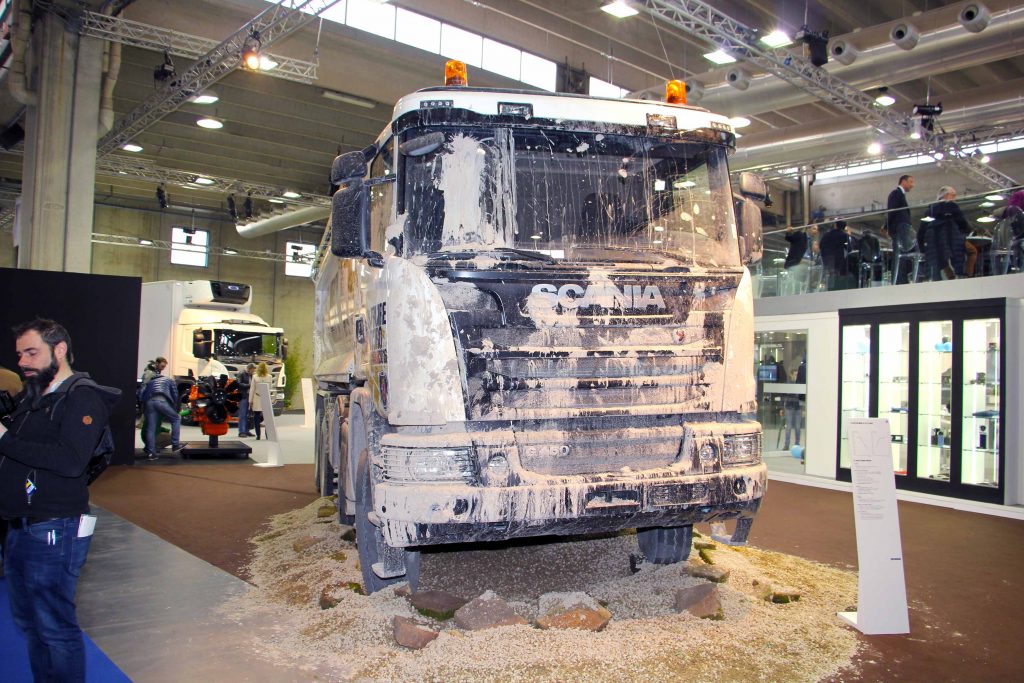 Design and innovation during Samoter at Veronafiere are also the focus of the first edition of the Foiv Competition (Federation of Orders of Engineers in the Veneto Region) which awarded the best prevention and environmental recovery projects. Six companies were selected for the two award sections envisaged. The first section (prevention, protection and land conservation) saw the award go to the project for geognostic surveys to study landslides designed by Massimo Sacchetto. The award in the second section (measures to environmental restoration and regeneration projects) went Alberto Bisson, who presented a technique for reinforcing of slopes subject to slow landslides using floating anchors.