Wacker Neuson positioned itself as a leader in the area of emission-free compaction technology already in 2015, with the introduction of the first battery-powered rammer models. In 2018, the company is expanding the solutions of its zero emissions series to include the single-direction battery-powered vibratory plate AP1850e.

The zero emissions series from Wacker Neuson, with the green “e”, stands for zero emissions, more operating comfort and a high level of performance. The series is now being expanded to include another solution: the single direction battery-powered vibratory plate AP1850e. In addition to traditional compaction work of granular soils or asphalt and the vibration of paving stones, it also facilitates work indoors and other emissions-sensitive areas, such as in trenches and shoring. The battery-powered vibratory plate is also suitable for application in water protection areas, since no combustion engines may be used there.

“With the new zero emission vibratory plate, we significantly increase the economic efficiency of our customers, because they can use the same battery to operate the vibratory plate and the battery rammer from Wacker Neuson. We already worked together closely with our customers during the development process of the battery-powered vibratory plate AP1850e, which is now paying off,” reports Stefan Pfetsch, managing director at Wacker Neuson Produktion GmbH & Co. KG in Reichertshofen. “One requirement that companies and end users have for an emission-free vibratory plate is, for example, that they can be used for a whole workday without recharging – and we can offer this with the AP1850e.” 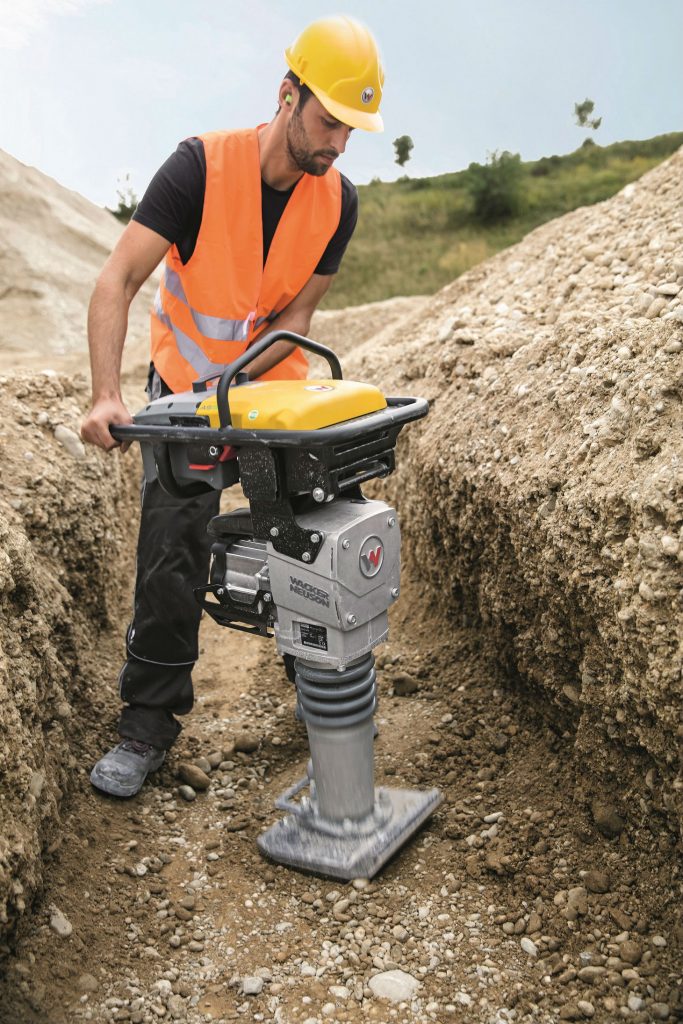 A major advantage of the battery-powered vibratory plate is its modular concept. The battery used and the battery charger are the same modules that are also used in the battery-powered rammers from Wacker Neuson. This increases flexibility and in particular the economic efficiency, as customers can use the battery in any one of the two units as needed and charge another battery in the meantime. The batteries can be removed without tools so that the operator can replace the discharged battery with a charged battery in a few simple steps. The battery system used was developed in-house by Wacker Neuson and has been specially designed for application on vibrating machines and for tough construction site conditions. 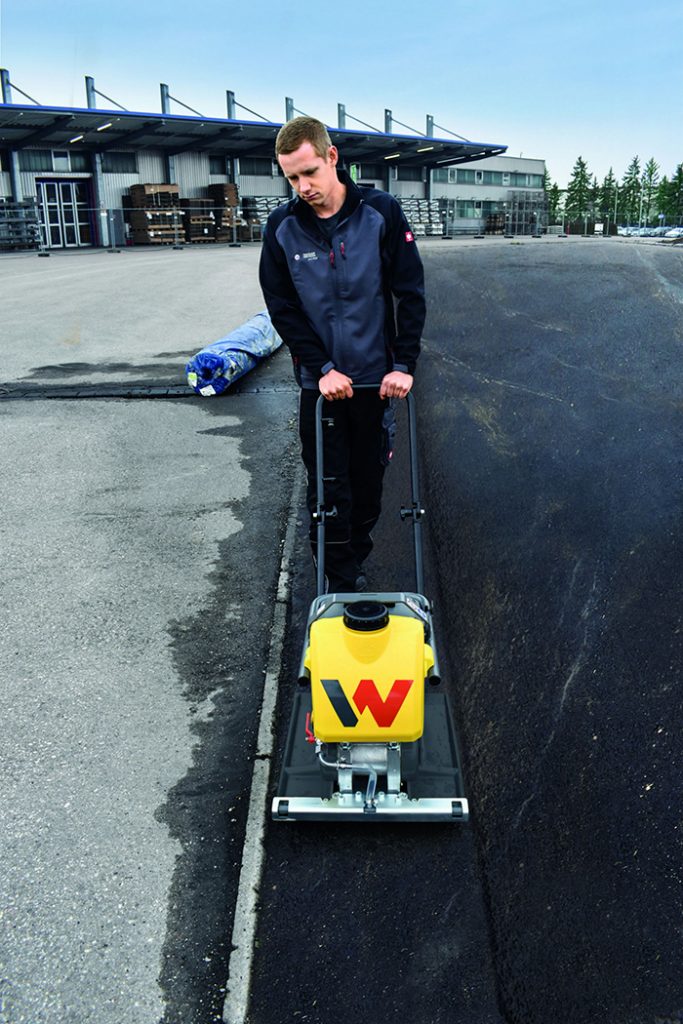 Fit for the future

Electric drives are becoming increasingly important in the construction industry. For rental companies in particular, these solutions are an interesting addition to their fleet, because many customers require a solution for special projects, such as for interior renovations or for tunnel construction, and they can then simply rent this equipment. Construction companies are bound by strict requirements of employer’s liability insurance associations regarding compliance with CO emissions limit values in trenches. Many gardening and landscape companies are generally open to battery-powered products, since they do a great deal of work in urban areas, parks and private gardens and want to avoid noise and exhaust emissions.

The electric vibratory plate is another step for Wacker Neuson to be able to offer a real alternative as an emission-free solution in every main product group in the near future. Already today, in addition to the emission-free compaction technology, Wacker Neuson customers get a battery-powered wheel loader and dumper as well as the mini-excavator 803 dual power, which can optionally be operated conventionally or emission-free using an external electro-hydraulic power unit.