The inhabitants of Finland have a reputation for being the somewhat unconventional folk of northern Europe with some unusual habits. Sauna championships or berry-picking competitions are just some of the disciplines which are practised there with great commitment. It is also in this part of northern Europe where Sami Repo built his own foodtruck perfectly suited to the endless Finnish forests. Partly thanks to the off-road capabilities of the Unimog U 318 serving as its base, but also because of the rustic “do it yourself” body. It’s a unique piece with a very personal touch.

Buying the Unimog was something of a personal affair for Sami Repo. The Finn explains that he already toyed with buying a Unimog U 20 around seven years ago. “It was purely for personal use, but I didn’t really have much of an idea as to what I was going to use the vehicle for!” Repo – which actually means “Fox” in English – had lived for a while in the US at the time and it was there that he came up with the idea of a foodtruck. “It was in Austin. The town is like a Mecca for street food. I just had to do something like that.” The body was tailor made to his own specifications over the course of several months. “I drilled every single hole myself,” explains Repo. His problem: “The truck was everything all rolled into one: a blue print, a test vehicle and even the finished product.”

The centrepiece of it is a 400 kg special barbecue oven from Spain. Around the BBQ oven, the dab hand added a wash basin, a gas stove, work surfaces, a copper water boiler and various cooking utensils. The rear wall of the foodtruck is truly Finnish, both on the inside and the outside: hanging in the kitchen is an old school presentation board with pictures of various whales on it. The outer skin of the body, meanwhile, is made of old wooden panels which Repo waterproofed using “tarvia” (natural tar). The material is also well-loved in Finland as a sauna infusion. 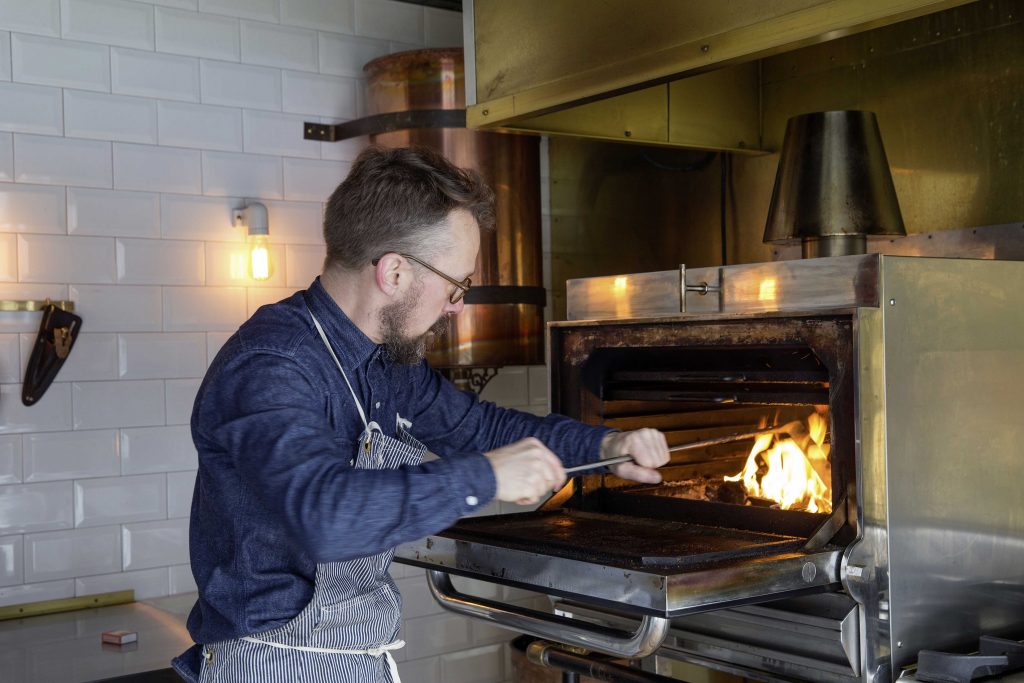 “The Unimog is a truck for life!”

The link between the native Finn and food isn’t just something he plucked out of thin air. Repo has spent many of his working years as a photographer where he specialised in food photography. He spends approximately half of the year in Helsinki, around four months in his small, over 100-year-old farm house in Simpele (Karelia, Eastern Finland) and every now and again a few weeks in the US for a change.

The foodtruck is used for company events, birthday parties or public events. These also take place off-road and in the thick of the winter, such as was the case with a food exhibition in Rovaniemi recently.

It’s possible that the mobile kitchen won’t be the only use he finds for the base vehicle. Already upon his initial encounter with the Unimog all-rounder, Sami Repo was amazed by the sheerly limitless possibilities the vehicle can offer him: “A Unimog is a truck for life! I bought the U 318 with all hydraulic connections and many extras. At the moment, I’m dreaming about getting a crane for doing forestry work on my farm. And I also need to build myself a motor home body at some point.”