If you enjoy science fiction, then you know that the thought of colonizing the moon makes for some incredibly imaginative stories. But there is a good possibility that lunar cities will become a reality during the 21st century! Colonizing Mars is another option as well. Right now, one of the biggest problems with the idea of a moon colony is the question of building supplies.

There is no Home Depot on the moon, so the building supplies have to come from somewhere. The only place to get the supplies right now is the Earth, with the space shuttle acting as a truck. Using the space shuttle in this way is something like using FedEx to get all of the materials for building a house to a construction site — It’s incredibly expensive and not very efficient!

Asteroids may be a much better place to get the supplies. Early evidence suggests that there are trillions of dollars’ worth of minerals and metals buried in asteroids that come close to the Earth. Asteroids are so close that many scientists think an asteroid mining mission is easily feasible. Several international organizations are developing plans for going up to get these natural space resources.

Scientists think asteroids are leftover material from the early formation of the solar system or debris from the destruction of a planet. There are tens of thousands of asteroids circling the sun. Most are grouped inside the asteroid belt, between the orbits of Mars and Jupiter. Some asteroids that stray from this orbit, though, flying close to Earth on occasion — you’ve probably heard about the possibility of these asteroids smashing into Earth in the future, as in the movie “Armageddon.”

Even without a manned mission to do a full-scale study of an asteroid, scientists know a lot about what asteroids contain. Astronomers use telescopic spectroscopy, which analyzes light reflected from the asteroid’s surface, to find out what might be there. In addition to iron, nickel and magnesium, scientists think water, oxygen, gold and platinum also exist on some asteroids.

Water interests space explorers most because it could help keep a space colony alive. Without water, there is really no way to move forward with human exploration of space. Water could also be broken down into hydrogen and oxygen to form rocket engine propellant. The metal ore on the asteroids could be mined and used for building spacecraft and other structures for a space colony. 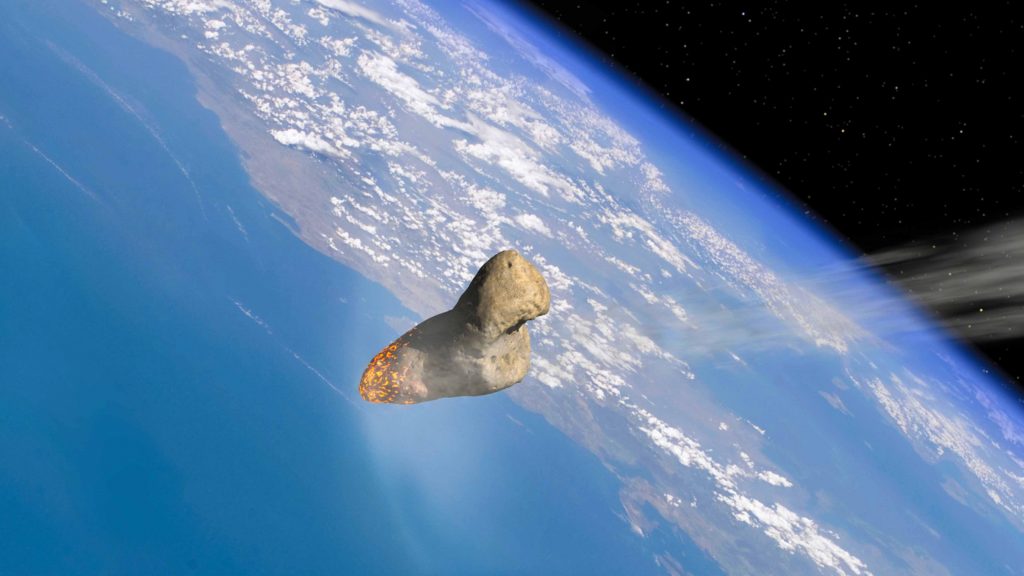 The asteroid Apophis is expected to make a close encounter with earth in 2029.

Corporations that might not be interested in exploring space for the adventure and science could be interested in the treasures that a space mining operation could send back to Earth. One NASA report estimates that the mineral wealth of the asteroids in the asteroid belt might exceed $100 billion for each of the six billion people on Earth. John S. Lewis, author of the space mining book Mining the Sky, has said that an asteroid with a diameter of one kilometer would have a mass of about two billion tons. There are perhaps one million asteroids of this size in the solar system. One of these asteroids, according to Lewis, would contain 30 million tons of nickel, 1.5 million tons of metal cobalt and 7,500 tons of platinum. The platinum alone would have a value of more than $150 billion!

Asteroids have amazing potential for industry. But what will it take to land on an asteroid, find these valuable materials, extract them and process them?

The drive to set up a mining operation on an asteroid is a matter of simple economics. While building an asteroid mine will cost billions of dollars, it will be far cheaper than carrying supplies from Earth to the moon or Mars.

Spacecraft would have to carry food and supplies for the mining crew and the equipment for the mine. Newly developed spacecraft should make landing on an asteroid possible. After all, we have already landed on the moon, and some asteroids pass by closer than the moon. A spacecraft going to an asteroid would need less rocket power and fuel than one going to the moon.

One problem will be how to keep the asteroid from rotating while it’s being mined. Some experts suggest attaching rockets to the asteroid to take the spin out of it. But once miners land on the asteroid, just how do they plan to dig on it, process the materials extracted and transport it to a space colony or to Earth? 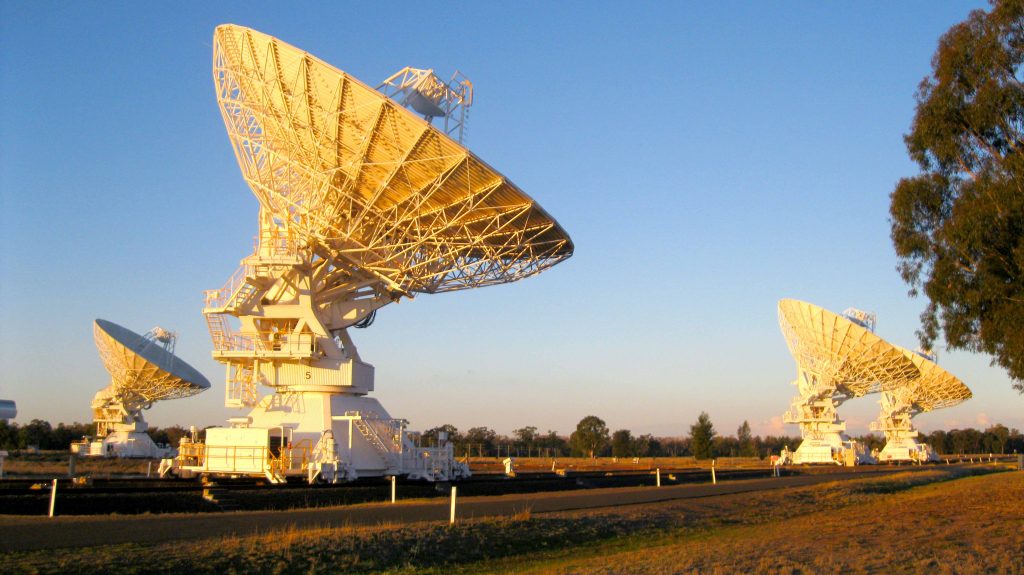 The Australia Telescope Compact Array as seen on the Cosmic Firestorm episode of How The Universe Works 2.

No one knows for sure what the first asteroid mine will look like, but here are some good assumptions:

The machinery will likely be solar powered, to reduce the need for fuel that would have to be hauled to the asteroid by spacecraft.

The equipment will also have to be lightweight to transport it to the asteroid.

Some experts, including Lewis, have favored using robotic equipment to limit the personnel needed to carry out the mining project. This would reduce the amount of supplies, like food, required for a manned mission.

Miners on asteroids would use techniques similar to those used on Earth. The most likely method would be to scrape desired material off the asteroid, and tunnel into veins of specific substances. Scraping, or strip mining, will pull out valuable ore that will float off the asteroid.

Because much of the ore will fly off, a large canopy might be used to collect it.

Asteroids have nearly no gravity, so the mining equipment, and the astronaut-miners who operate it, will have to use grapples to anchor themselves to the ground. However, the lack of gravity is an advantage in moving mined material around without having to use much power.

Once a load of material is ready to be sent to either Earth or a space colony, rocket fuel for a ferrying spacecraft could be produced by breaking down water from the asteroid into hydrogen and oxygen.

After an asteroid’s minerals and resources have been exhausted by the mining project, the equipment can then be transported to the next asteroid.

Because of the lack of gravity and atmosphere, ferrying the newly mined materials to the moon will be easy. Once there, they can be refined and formed into structures!