Ever wonder where we will build homes and expand neighborhoods as we use up more and more of Earth’s habitable land? Perhaps space will be the next suburb? But before we start sending children on an intergalactic school bus ride, we must figure out new ways to accomplish everyday tasks in space, like growing food. International organizations are devoting time and resources to the development of sustaining human life beyond Earth. Some of the space programs’ goals include the upcoming return to and eventual settlement of the moon, along with the pending manned voyages to Mars.

The International Space Station (ISS) provides a cooperative platform on which to research the critical challenges of putting humans in space for a sustained period of time. And researchers must overcome these challenges before any long flights and permanent habitats in space can happen.

Space farming requires greater understanding if humans are to survive in space without constant contact from Earth. Space farming simply refers to growing plants in space. At first glance this might not seem too tricky, but the inherent properties of space and our ability to travel and live in its environment greatly complicate the situation.

Luckily, the ISS has a whole team of astronauts (green thumb not required) from around the world specializing in a variety of scientific and engineering fields. Astronauts conduct experiments and improve our knowledge of cultivating plants in space, as well as many other critical arenas of science. Earth-bound researchers and scientists analyze the results and conduct their own experiments, thinking up new theories and possible solutions to test. Before we look into the progress the experts have made in space farming, let’s delve a little deeper into the obstacles they face.

The Challenges of Space Farming

To understand the challenges of space farming, let’s consider some of the elements that affect plant growth in space.

Current space-farming experiments examine different aspects of farming in microgravity (a term to describe an environment with little or no gravity). These experiments could be helpful in the related case of farming on the surface of the moon or Mars, which have significantly lower levels of gravity than Earth. Plants take their cues from gravity for aspects of their growth, such as root and stem orientation. Scientists analyze whether plants can properly grow with lower levels of gravity, and just what those

Most plants on Earth have access to loads of natural sunlight and grow toward that light, but researchers must fool plants growing in space to follow this same behavior. The choice of lighting in the growth chambers is an important consideration for several reasons. It’s important to use energy efficiently in space, because resources are limited. Energy can’t be wasted on light bulbs that don’t maximize their output. In addition, different types of lighting create different levels of heat, and extra heat is something spacecraft must eliminate (researchers prefer bulbs that produce little heat). Additionally, astronauts don’t have extra room to lug spare light bulbs through space, so they need a lighting source with staying power, like light emitting diodes (LEDs).

Little to no gravity can affect how rooting materials function. Different rooting materials and soils are better than others when it comes to water and air distribution — both key to successful plant growth. Out in space, grainy soils can cause water to scatter and fine soils can prevent airflow. Researchers are experimenting with many possibilities, including clay particles, hydroponics and a material like peat-moss.

Plants grow by using the spacecraft’s air, humidity and microgravity — conditions that are different from those on Earth. Researchers are studying whether any contaminants and dangerous organisms from space will affect those space-grown plants, making them inconsumable for humans. Changes in their genetic codes could be harmful in other ways. There’s a possibility that if astronauts brought the plants back and mixed them with those grown on Earth, we might end up with the space-version of kudzu. Kudzu (Pueraria montana) is an invasive species of plant, brought to the U.S. from Japan in the late 1800s. 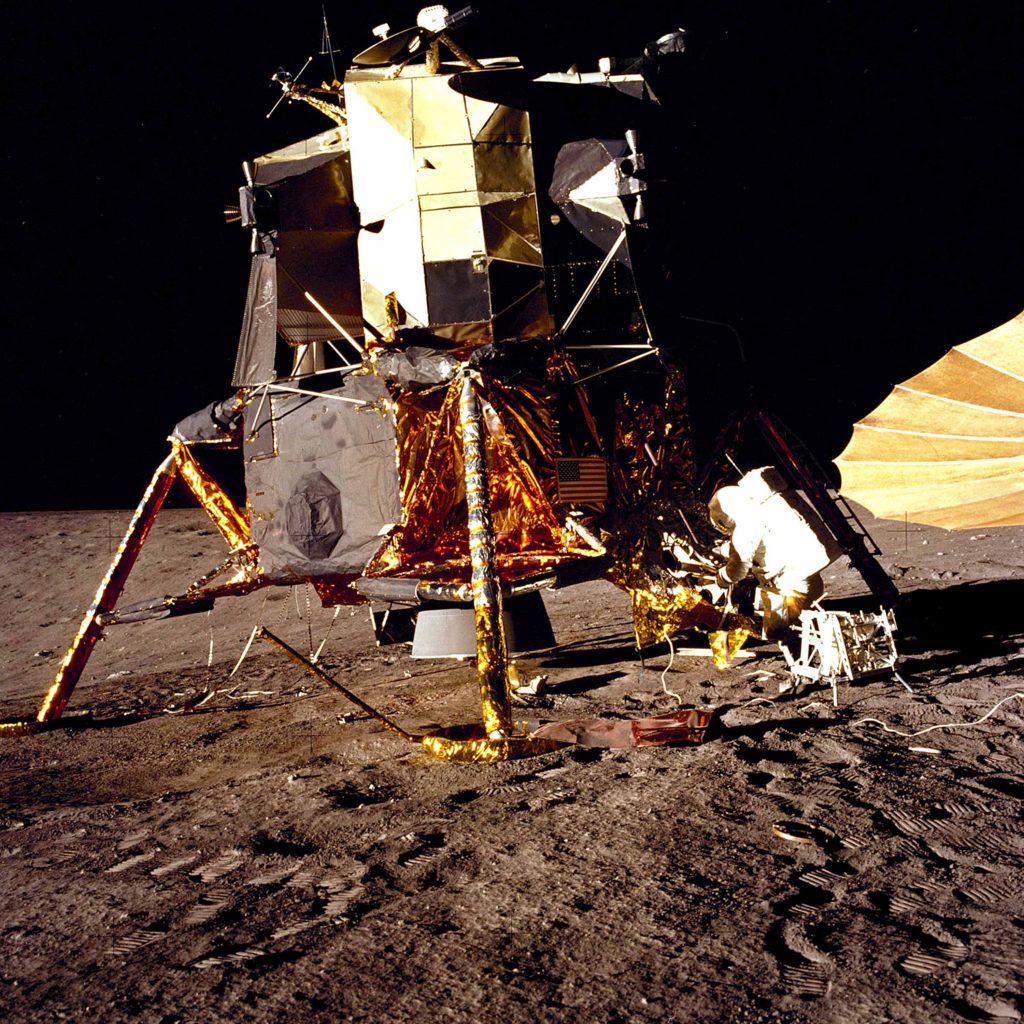 The confined quarters of spacecraft are very different from the massive, rolling farmlands on Earth. Researchers must develop an efficient, streamlined apparatus that can hold crops as they grow with limited space. Growing machines must be automatic (or at least have that capability) and be able to regulate watering, humidity, lighting, air circulation and nutrient delivery. These growing machines also need to integrate with the life support system to successfully exchange carbon dioxide and oxygen.

So when can astronauts visit space’s first salad bar? It might be a while as researchers work to understand and overcome the obstacles that space farming presents. Read the next page to learn about their research and why insects might become space food of the future.