It happened again recently. The local weatherman predicted a major winter storm had set its sights on central Virginia. Precipitation would start the following morning, and we should expect 8 inches (20 centimeters) of the white stuff by evening. The weather service issued a winter storm warning, and red triangles popped up on my desktop and smartphone weather apps. My boys bounced around the house, celebrating the snow day that would soon be commandeered for sledding, loafing and video-game playing.

The next day dawned gray and brooding, and the local weather crew reiterated the previous night’s forecast: The storm was still lurching its way northeastward. My boys climbed on the bus, smugly telling me they’d see me at noon, after an early school dismissal. But noon arrived without the slightest hint of precipitation. So did afternoon. When they stepped off the bus at 3:45, my boys glowered at the sky, all the while insisting that the storm had only been delayed. The next day would be a horror of snowdrifts, slick roads and power outages. Even the weatherman clung to the party line: The storm was still coming, although now we might expect just 3 or 4 inches (about 7-10 centimeters). Yet when we finally turned off the lights at 11:30 that evening, not a drop of moisture — frozen or otherwise — had fallen from the sullen skies draped over the Shenandoah Valley.

As you’ve guessed by now, the storm never came. We woke up the next morning to clearing skies and daily routines unaffected by snow. Years ago, we would have scoffed at the meteorologist’s inability to make an accurate forecast. How could someone, with so much technology at his or her disposal, so much data to crunch in supercomputers, be wrong so much of the time? How could modern science continue to fail us so miserably?

Now we know. The weatherman had fallen victim to chaos. Not the kind of chaos we remember from English class — complete disorder and confusion. This is a property of highly complex systems, such as the atmosphere, the economy and populations of living things. Indeed, perhaps all systems, even those that seem to conform nicely to scientific laws as solid as bedrock, exhibit chaotic features. If that’s true, then everything we know about everything is not necessarily wrong, but different. The ordered, obsequious universe we now take for granted may be the exception to the rule, instead of the other way around. At the very least, our glimpses of order could be byproducts of chaos, brief flashes of structure and form against a backdrop of seething complexity.

But that’s getting ahead of the story. To understand chaos, we have to get to know its counterpoint. And that takes us back to the 17th century and some of the biggest names in the history of science. 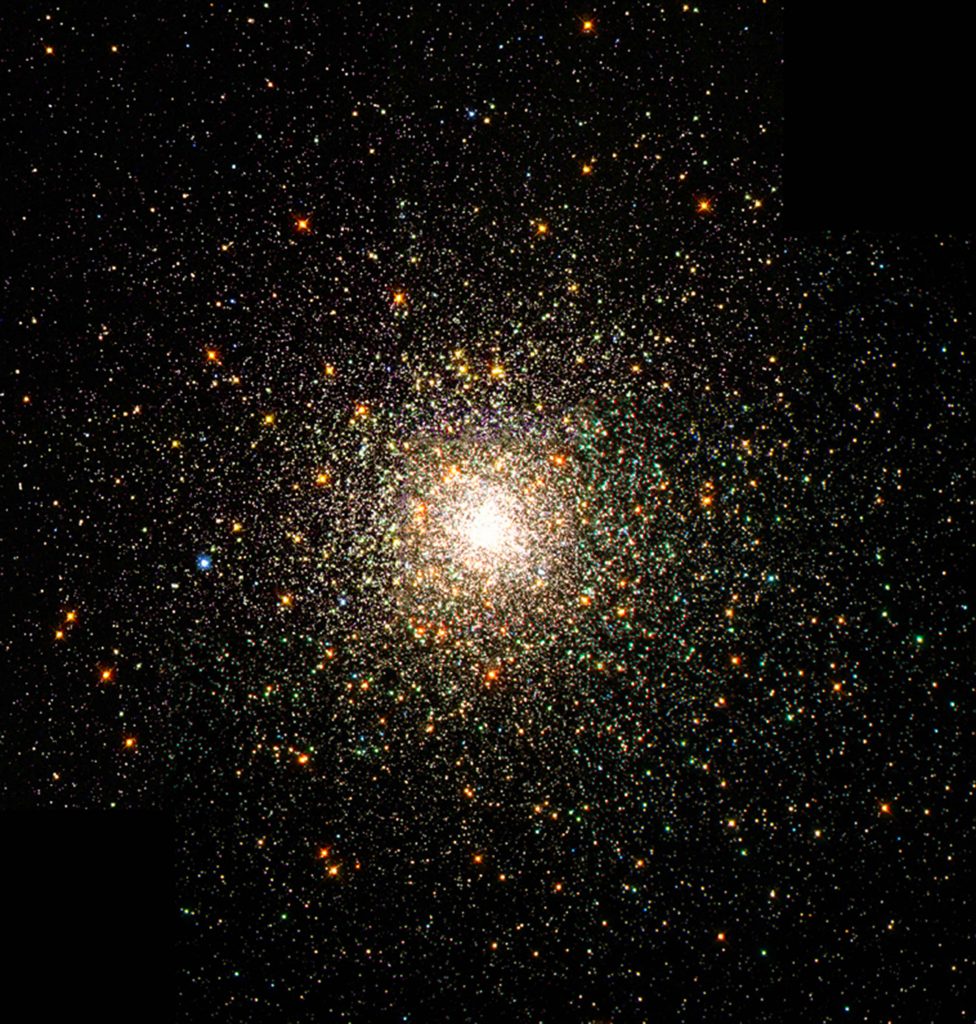 The Birth of Determinism

The 1600s enjoyed a slow and steady illumination as a collection of visionary thinkers brought reason, form and structure to the great mysteries of the world. First came Johannes Kepler, the German astronomer who, in 1609 and 1618, described how planets moved in elliptical orbits with the sun as one focus of the ellipse. Next came Galileo Galilei, who made fundamental contributions to the scientific studies of motion, astronomy and optics throughout the early 1600s. These empirical concepts and ideas joined the inventive thinking of philosophers such as René Descartes. In 1641, Descartes published his Third Meditation, in which he discussed the principle of causality — “nothing comes from nothing,” or “every effect has a cause.”

All of these ideas set the stage for Isaac Newton, whose laws of motion and gravitation shaped science for centuries to come. Newton’s laws were so powerful that, if you were so inclined, you could use them to make predictions about an object far into the future, as long as you knew information about its initial conditions. For example, you could calculate precisely where the planets would be hundreds of years from the current date, making it possible to presage transits, eclipses and other astronomical phenomena. His equations were so powerful that scientists came to expect that nothing lay beyond their grasp. Everything in the universe could be determined — calculated — simply by plugging known values into the well-oiled mathematical machinery.

The Lorenz Attractor: A Portrait of Chaos

Lorenz’s computer model distilled the complex behavior of Earth’s atmosphere into 12 equations — an oversimplification if there ever was one. But the MIT scientist needed something even simpler if he hoped to get a better look at the tantalizing effects he glimpsed in his simulated weather. He narrowed his problem to a single atmospheric condition known as rolling fluid convection. Convection occurs on a large scale when the sun heats air near Earth’s surface faster than air higher in the atmosphere or over bodies of water. As a result of this uneven heating, warmer, lighter air rises as cooler, heavier air sinks. This in turn creates large circular “rolls” of air.

Convection also can occur on smaller scales — in cups of hot coffee, in pans of warming water or in rectangular metal boxes heated from below. Lorenz imagined this latter small-scale example of rolling convection and set about deriving the simplest equations possible to describe the phenomenon. 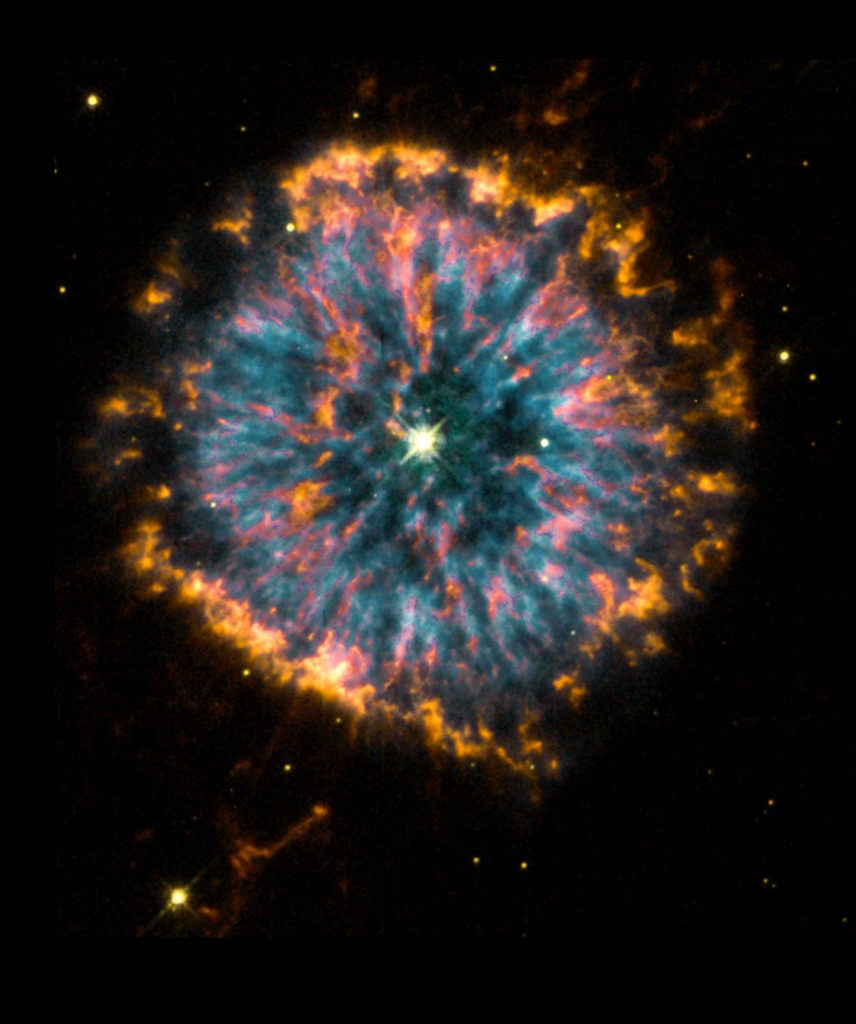 PHOTO COURTESY OF NASA. MUST CREDIT NASA. Photos from Hubble – The Glowing Eye of NGC 6751.

For a while, in the 1980s and early 1990s, chaos was touted as the next big revolution in science, on par with quantum mechanics. Storytellers embraced its principles and worked them into their novels, films and plays. Almost everyone remembers how “Jurassic Park” treated chaos, with self-proclaimed chaotician Ian Malcolm letting drips of water run along Ellie Sattler’s hand to prove that the liquid never takes the exact same path. In the Michael Crichton novel, which came out in 1990, chaos takes on even greater thematic importance. Crichton organizes the book into iterations, just like the iterations used to generate bifurcation diagrams and fractals. And Malcolm provides much deeper insights into the science of chaos than his onscreen persona:

You’re going to engineer a bunch of prehistoric animals and set them on an island? Fine. A lovely dream. Charming. But it won’t go as planned. It is inherently unpredictable. We have soothed ourselves into imagining sudden change as something that happens outside the normal order of things. An accident, like a car crash. Or beyond our control, like a fatal illness. We do not conceive a sudden, radical, irrational change as built into the very fabric of existence. Yet it is.

Medicine may be the next frontier to benefit from the insights of chaos. For example, physiologists have discovered that cardiac rhythm is extremely sensitive to initial conditions and that when heart rate becomes highly regular, the muscle tissue is less capable of adapting to demands, predisposing a person to arrhythmias and myocardial infarction. Researchers also suspect chaotic behavior in brain function and are trying to find links between a patient’s cognitive power and his or her electroencephalogram (EEG), the record of brain activity produced by electroencephalography. Is it possible that your ability to perceive and analyze information is related to the fractal dimension of your EEG?

Perhaps one day, thanks to chaos, we’ll know the answer. But don’t count on getting any closer to having a reliable 10-day forecast. As much as we hate to admit it, some things are simply beyond the grasp of our Newtonian science.