Gem hunting is like playing the geological lottery. One person may spend hours performing backbreaking work and pay fees for access to mine tailings only to find a few semiprecious stones that aren’t worth much. Another person may randomly reach into a pile of dirt and pull out a diamond worth thousands of dollars.

Looking for interesting gems and crystals can be a rewarding hobby, even if you don’t hit the jackpot. Many recreational gem hunters enjoy spending time outdoors, learning about geology and hanging out with their gem-hunting friends. Others are more goal-oriented; they look for their own birthstones or for attractive gems that they can make into jewelry. And then there are the collectors, who want to track down as many different types of gems and rocks as possible to catalog and display.

There are many different ways to experience gem hunting, from fee digs to staking your own mining claim (all discussed later).

Hunting Gems for Fun and Profit

Gem hunting is simply the act of going out and looking for interesting geologic finds. There are a few different types of gem hunting:

If you dig up your own rocks and dirt to find gems in, then you’re a recreational miner. You might be allowed to excavate a disused area of a mine owned by someone else or get permission to quarry part of someone’s property — including, in some cases, government property. Panning or sluicing for gold, known as placer mining, is another form of recreational mining. 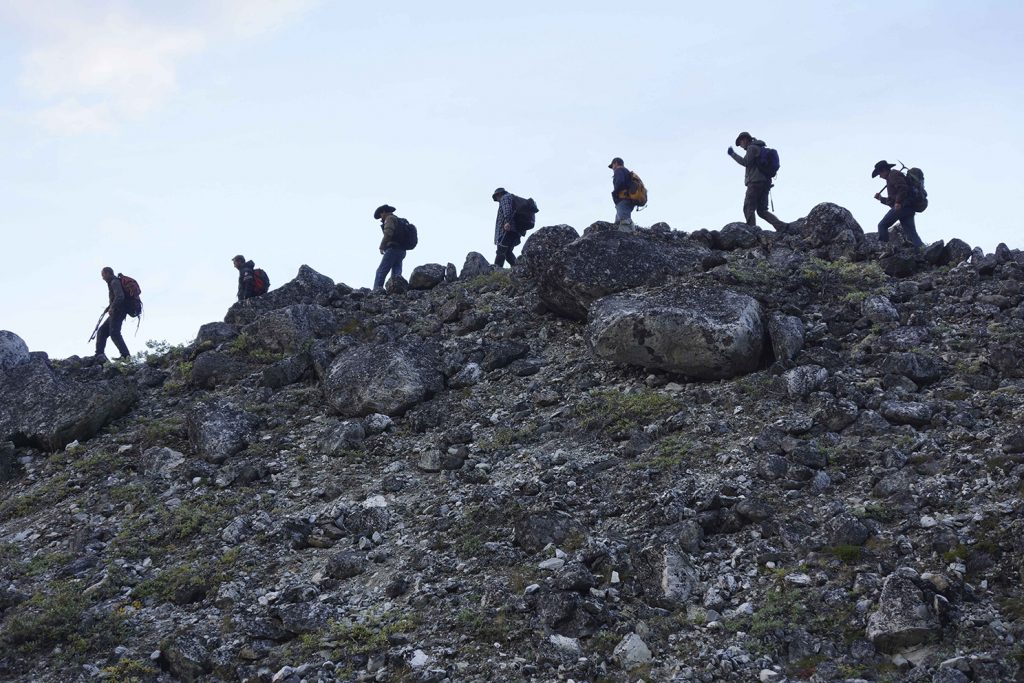 When a large-scale, commercial mining operation extracts minerals from the ground, it ends up with leftover gravel and dirt. It usually isn’t worth the time for these groups to sort through leftovers in order to find small gems that they missed, so they just pile it in a place called a mine dump. Sometimes you can comb through mine dumps for free; other mines charge a fee to dig through their remnants. This is one form of a fee dig.

Where to Find Gems?

You can’t just head outside, poke around some rocks and hope to find specific types of gems and crystals. Compare gem hunting to bird watching — if you want to spot a certain species of bird, you wouldn’t aimlessly wander around a forest. You’d learn where that bird lives, what trees it nests in, what it eats, and what its migration patterns are — leading you to make its eventual discovery.

Let’s say you want to find some malachite specimens to add to your gem collection. This mineral is often found near limestone and copper deposits and, within the United States, is most often found in Arizona. Or maybe you’re looking for the big score and want to find a diamond. Because diamonds are created under extreme pressure, they form deep within the Earth. They’re most common in areas where deep mantle rocks have been pushed to the surface by geological processes. They can also be found in the alluvial deposits (rocks and soil deposited by water) along rivers that flow from these areas.

Without the proper gear, gem hunting would be futile and not much fun. For example, using your bare hands to chip out specimens or haul gravel could cause serious physical damage. Fortunately, geologic tools aren’t too expensive — items like gold pans and collection bags are very cheap, and even the most expensive tools can be had for under $50. If you’re going to spend most of your time as a gem hound, it’s worthwhile to properly outfit yourself (it’ll make your gem-hunting expeditions more enjoyable and fruitful). Several geologic and mining suppliers sell their goods via the Internet, and popular mining areas usually have outfitters’ shops nearby. 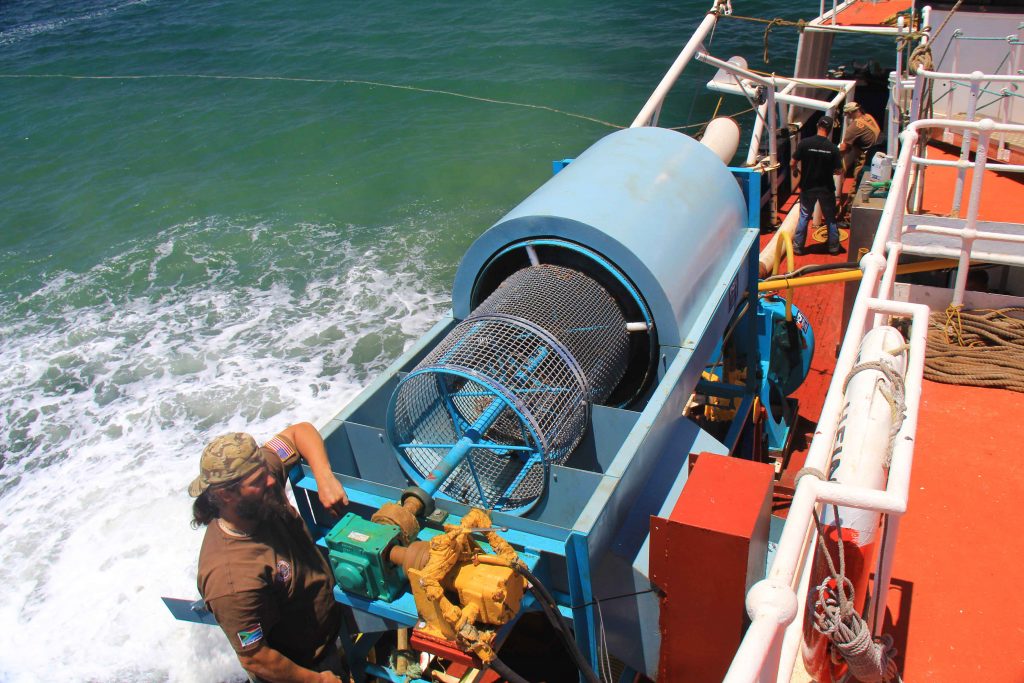 Mineral Rights: Who Owns the Gems?

If you find some great specimens, are you allowed to keep them? Probably, but the legal issues surrounding gem hunting can get a little tricky.

You’re not allowed to hunt for gems on private property unless you have permission from the property owner. If you don’t have permission, you won’t be able to keep anything you find and you could potentially be arrested for trespassing. 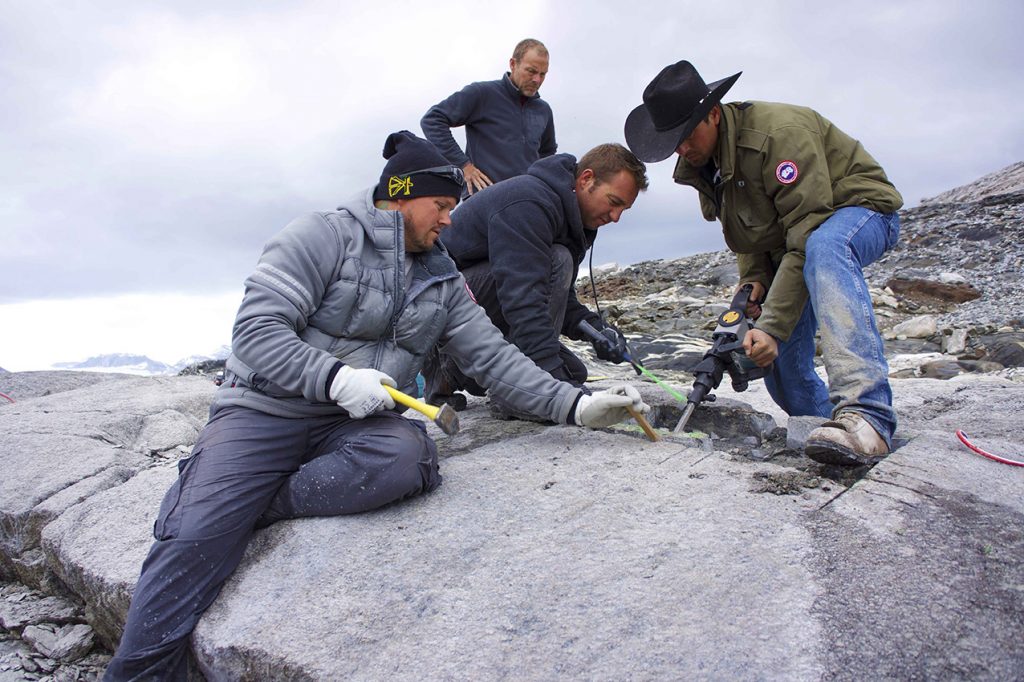 If you’re on state or federal land, ownership of mineral rights becomes a larger issue. The government owns the mineral rights unless those rights were severed at some point in the past, in which case a private person or company might own them. That means that even though you’re on public land, you don’t necessarily have the right to hunt for gems.

Once you take you legally obtained treasures home, what do you do with them? If you’re a collector, you’ll probably want to catalog your gems and put them in a display. If you want to increase your gems’ value, you’ll need some expert help.