Even as you read this article, computer chip manufacturers are furiously racing to make the next microprocessor that will topple speed records. Sooner or later, though, this competition is bound to hit a wall. Microprocessors made of silicon will eventually reach their limits of speed and miniaturization. Chip makers need a new material to produce faster computing speeds.

You won’t believe where scientists have found the new material they need to build the next generation of microprocessors. Millions of natural supercomputers exist inside living organisms, including your body. DNA (deoxyribonucleic acid) molecules, the material our genes are made of, have the potential to perform calculations many times faster than the world’s most powerful human-built computers. DNA might one day be integrated into a computer chip to create a so-called biochip that will push computers even faster. DNA molecules have already been harnessed to perform complex mathematical problems. While still in their infancy, DNA computers will be capable of storing billions of times more data than your personal computer.

DNA computers can’t be found at your local electronics store yet. The technology is still in development, and didn’t even exist as a concept a decade ago. In 1994, Leonard Adleman introduced the idea of using DNA to solve complex mathematical problems. Adleman, a computer scientist at the University of Southern California, came to the conclusion that DNA had computational potential after reading the book “Molecular Biology of the Gene,” written by James Watson, who co-discovered the structure of DNA in 1953. In fact, DNA is very similar to a computer hard drive in how it stores permanent information about your genes.

Adleman is often called the inventor of DNA computers. His article in a 1994 issue of the journal Science outlined how to use DNA to solve a well-known mathematical problem, called the directed Hamilton Path problem, also known as the “traveling salesman” problem. The goal of the problem is to find the shortest route between a number of cities, going through each city only once. As you add more cities to the problem, the problem becomes more difficult. Adleman chose to find the shortest route between seven cities. 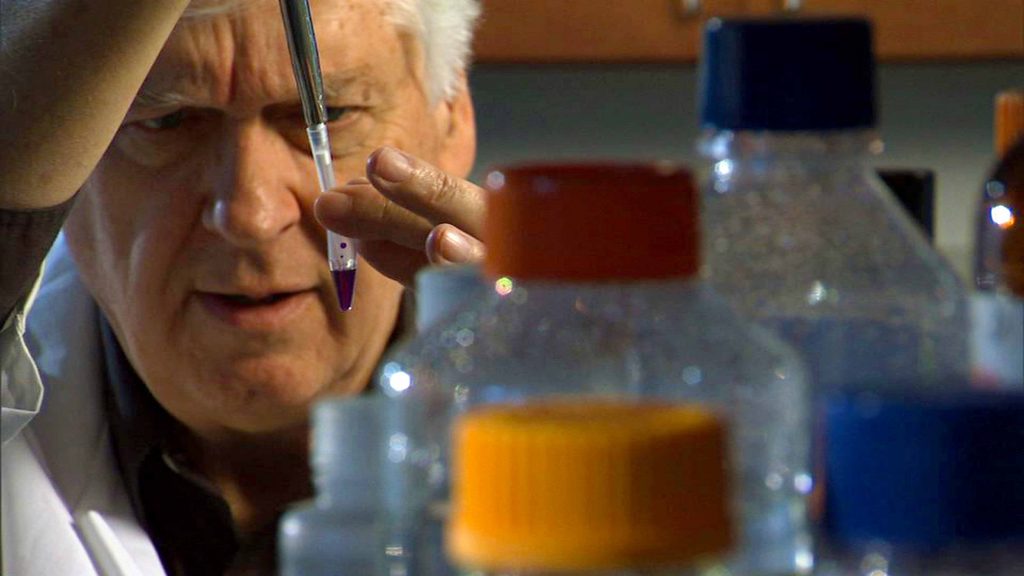 Hamilton Smith with pipette as seen on Synthetic Life.

You could probably draw this problem out on paper and come to a solution faster than Adleman did using his DNA test-tube computer. Here are the steps taken in the Adleman DNA computer experiment:

-Strands of DNA represent the seven cities. In genes, genetic coding is represented by the letters A, T, C and G. Some sequence of these four letters represented each city and possible flight path.

-These molecules are then mixed in a test tube, with some of these DNA strands sticking together. A chain of these strands represents a possible answer.

-Within a few seconds, all of the possible combinations of DNA strands, which represent answers, are created in the test tube.

-Adleman eliminates the wrong molecules through chemical reactions, which leaves behind only the flight paths that connect all seven cities.

The success of the Adleman DNA computer proves that DNA can be used to calculate complex mathematical problems. However, this early DNA computer is far from challenging silicon-based computers in terms of speed. The Adleman DNA computer created a group of possible answers very quickly, but it took days for Adleman to narrow down the possibilities. Another drawback of his DNA computer is that it requires human assistance. The goal of the DNA computing field is to create a device that can work independent of human involvement.

Three years after Adleman’s experiment, researchers at the University of Rochester developed logic gates made of DNA. Logic gates are a vital part of how your computer carries out functions that you command it to do. These gates convert binary code moving through the computer into a series of signals that the computer uses to perform operations. Currently, logic gates interpret input signals from silicon transistors, and convert those signals into an output signal that allows the computer to perform complex functions.

The Rochester team’s DNA logic gates are the first step toward creating a computer that has a structure similar to that of an electronic PC. Instead of using electrical signals to perform logical operations, these DNA logic gates rely on DNA code. They detect fragments of genetic material as input, splice together these fragments and form a single output. For instance, a genetic gate called the “And gate” links two DNA inputs by chemically binding them so they’re locked in an end-to-end structure, similar to the way two Legos might be fastened by a third Lego between them. The researchers believe that these logic gates might be combined with DNA microchips to create a breakthrough in DNA computing.

DNA computer components — logic gates and biochips — will take years to develop into a practical, workable DNA computer. If such a computer is ever built, scientists say that it will be more compact, accurate and efficient than conventional computers. 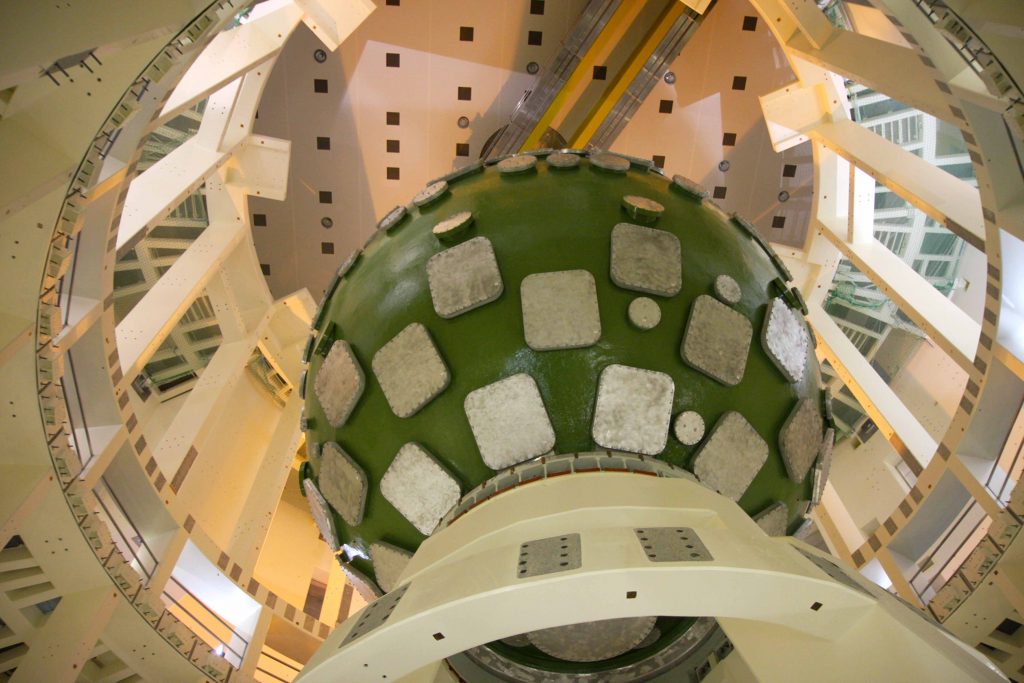 DNA computers have the potential to take computing to new levels, picking up where Moore’s Law leaves off. There are several advantages to using DNA instead of silicon:

-As long as there are cellular organisms, there will always be a supply of DNA.

-The large supply of DNA makes it a cheap resource.

-Unlike the toxic materials used to make traditional microprocessors, DNA biochips can be made cleanly.

-DNA computers are many times smaller than today’s computers.

DNA’s key advantage is that it will make computers smaller than any computer that has come before them, while at the same time holding more data. One pound of DNA has the capacity to store more information than all the electronic computers ever built;¬ and the computing power of a teardrop-sized DNA computer, using the DNA logic gates, will be more powerful than the world’s most powerful supercomputer. More than 10 trillion DNA molecules can fit into an area no larger than 1 cubic centimeter (0.06 cubic inches). With this small amount of DNA, a computer would be able to hold 10 terabytes of data, and perform 10 trillion calculations at a time. By adding more DNA, more calculations could be performed.

The first DNA computers are unlikely to feature word processing, e-mailing and solitaire programs. Instead, their powerful computing power will be used by national governments for cracking secret codes, or by airlines wanting to map more efficient routes. Studying DNA computers may also lead us to a better understanding of a more complex computer – the human brain.